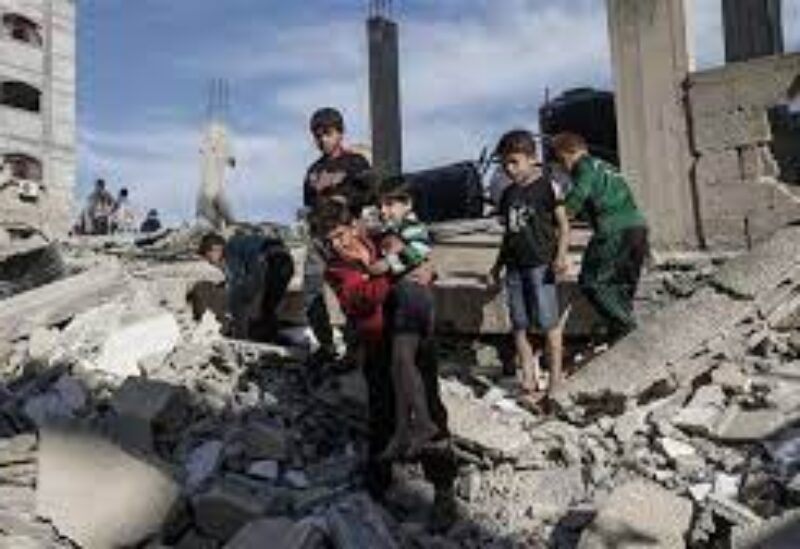 AL-Hurra : The Israeli army released a video of what it said was the targeting of “multiple rocket launchers directed at Israel,” and military compounds in the Hamas air defense system.

The video, published by the army spokesman, Avichai Adrai, shows that the Israeli air force targeted several sites “over the last day.” “Hamas gets a slap after slap,” he added.

The attacks between Israel and Gaza entered their eleventh day, Thursday. The Israeli army said in the early hours of the day that its aircraft struck what it described as a “weapons storage unit” in the house of a Hamas official in Gaza City, as well as “military infrastructure at the residence” of other Hamas leaders, including what is located in Khan Yunis.

Palestinian officials in the health sector say that since the outbreak of fighting on the tenth of May, 228 people have been killed in air strikes, which has exacerbated the already deteriorating humanitarian situation in the Gaza Strip, according to Reuters news agency.

In contrast, the Israeli authorities put the death toll at 12 in Israel, where the frequent rocket attacks sparked panic and made people rush to hideouts.

On Wednesday, US President Joe Biden urged Israeli Prime Minister Benjamin Netanyahu to seek “calm” in preparation for a ceasefire.

An Egyptian security source said that the two sides agreed in principle to a ceasefire after the intervention of mediators, although the negotiations on the details were still being held secretly, according to Reuters.