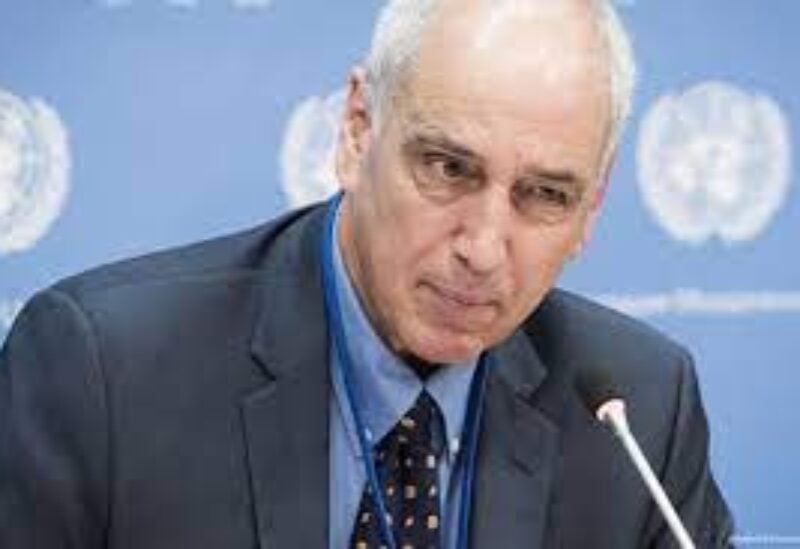 Michael Lynk, an independent UN human rights expert has condemned the “unlawful and heartless” actions of Israeli authorities in repeatedly demolishing homes belonging to the Palestinian Bedouin community of Humsa Al-Baqai’a, in the occupied West Bank.  Lynk, the UN’s special rapporteur on the human rights situation in the Occupied Palestinian Territory, called on the Jewish state to “immediately halt its property demolitions” there, return to full compliance with international humanitarian and human-rights obligations, and “provide protection for, rather than displacement of, the protected population.”
He urged the international community “to take meaningful accountability measures to ensure that Israel complies with its legal obligations.”
Noting that “criticism without consequences has rarely reversed illegal Israeli conduct in the past,” he added that “accountability has to rise to the top of the international community’s agenda. Only by imposing an escalating cost to Israel’s illegal occupation will there be the prospect that these injustices will end.”
Special rapporteurs are independent experts who serve in individual capacities, and on a voluntary basis, at the UN’s Human Rights Council. They are not members of UN staff and are not paid for their work.
Israeli forces demolished properties in the Palestinian Bedouin community of Humsa Al-Baqai’a in the Jordan Valley on July 7. The destroyed buildings included makeshift homes and farming facilities provided by the international community, including the EU, which has helped residents rebuild after previous demolitions.
It was the seventh time the village has been demolished since November 2020, when it was razed by the Israeli military. In addition to more than 70 shelters and farming structures — rebuilt by the international community after the first demolition — the latest round of demolitions also targeted 11 households. About 70 residents, including 35 children, were left without shelter in the sweltering heat, and their belongings, including food, water and clothing, were confiscated.
Under the Oslo Accords, the Jordan Valley, which makes up about 60 percent of the occupied West Bank, is classified as “Area C,” which means it is completely under Israeli military and civil control. Humsa Al-Baqai’a is mostly in an area designated as a “firing zone” for Israeli military training, and residency or access by Palestinians is prohibited.
Lynk warned of a high risk of forcible relocation of the Bedouin community from the area, which he said would be “a grave breach and a potential war crime.”
“These (herding) communities are extremely vulnerable, both because they have limited access to water, sanitation, education and electrical power, and because the Israeli military has seized large swaths of their traditional lands for military firing zones,” he added.
He contrasted the plight of this Palestinian community with “the illegal Israeli settlements in the Jordan Valley (which) are left undisturbed by the military.
“This progressive seizure of Palestinian lands, together with the protection of the settlements, is a further consolidation of Israel’s de facto annexation of the West Bank,” Lynk said.
Since the start of this year, according to UN figures, Israel has destroyed at least 421 Palestinian-owned properties across the West Bank, displacing 592 people, including 320 children