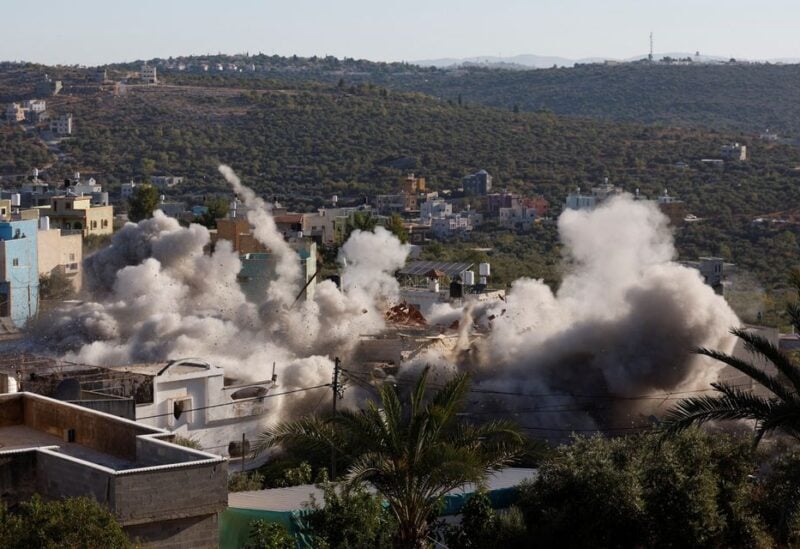 Israeli army destroyed the homes of two Palestinians on Tuesday who are accused of attacking the Israeli security officer outside the West Bank community of Ariel in April and murdering him, according to reports.

The army reported that during the operation in the West Bank town of Qarawet Bani Hassan, hundreds of protesters hurled Molotov cocktails, flaming tires, and rocks at the soldiers.

The town’s mayor, Ibrahim Assi, denounced the operation and pledged support for the relatives of the two alleged gunmen.

“Home demolition is a policy of collective punishment that violates all international law,” Assi told Reuters.

The army statement said the two men had carried out the lethal April 29 attack outside Ariel, one of the largest Israeli settlements in the occupied West Bank.

The two Palestinians are currently in detention, it said.

According to United Nations data, Israeli authorities had demolished 420 Palestinian-owned structures in the West Bank this year as of July 25, compared with 911 for the whole of 2021. The figures include both punitive demolitions and demolitions ordered due to a lack of construction permits.