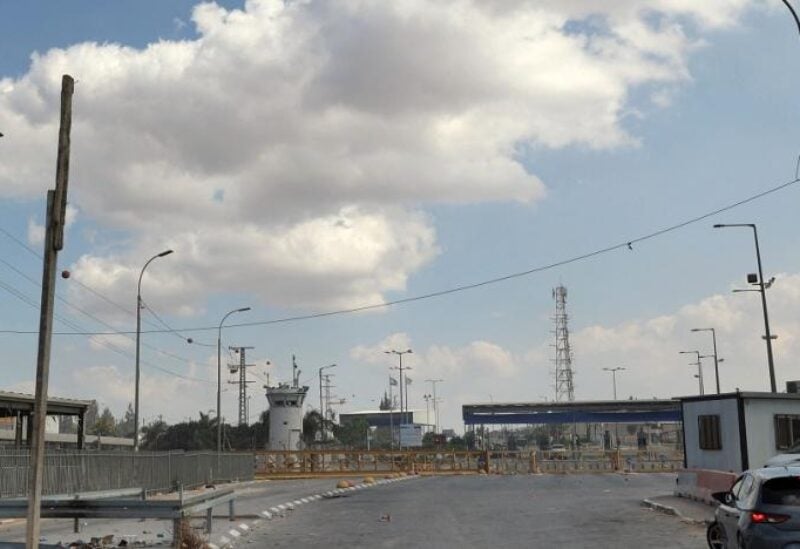 A picture shows the Jalame checkpoint near the Palestinian city of Jenin in the Israeli occupied West Bank on September 14, 2022.

Israeli forces killed three Palestinian gunmen on Wednesday in a flashpoint town that has been a focus of a half-year-long campaign of raids in the occupied West Bank following a series of street attacks within Israel.

The strike in Jenin targeted two Palestinians suspected of carrying out attacks, Israeli police said. They opened fire and set off a bomb as commandos closed in, and were shot, it said. Palestinian medics said 40 people were wounded.

“The Dens of Lions”, a Palestinian umbrella group formed of militants from different factions, said one of the slain gunmen also worked for the security services of the Palestinian Authority (PA), which exercises limited self-rule in the West Bank under interim peace deals with Israel from the early 1990s.

Israel and the United States have been pressing the PA to do more to boost security. The PA accuses Israel of undermining its credibility, eight years after US-sponsored negotiations on Palestinian statehood stalled.

The Dens of Lions identified a second man killed in Jenin on Wednesday as the brother of a Palestinian who shot dead three people in Tel Aviv in April – among a series of street attacks within Israel that triggered its intensified West Bank raids.

More than 70 Palestinians, among them gunmen and civilians, have been killed in Israel’s Operation Breakwater campaign.

A third gunman was killed by the Israeli forces in Jenin on Wednesday, the Dens of Lions said. The Israeli police statement said commandos had traded fire with other gunmen.

US-brokered peace talks between the sides, aimed at establishing a Palestinian state in the Israeli-occupied West Bank, Gaza and East Jerusalem, collapsed in 2014, while Israel has expanded settlements in several areas. Gaza is ruled by the Hamas movement that is opposed to coexistence with Israel.