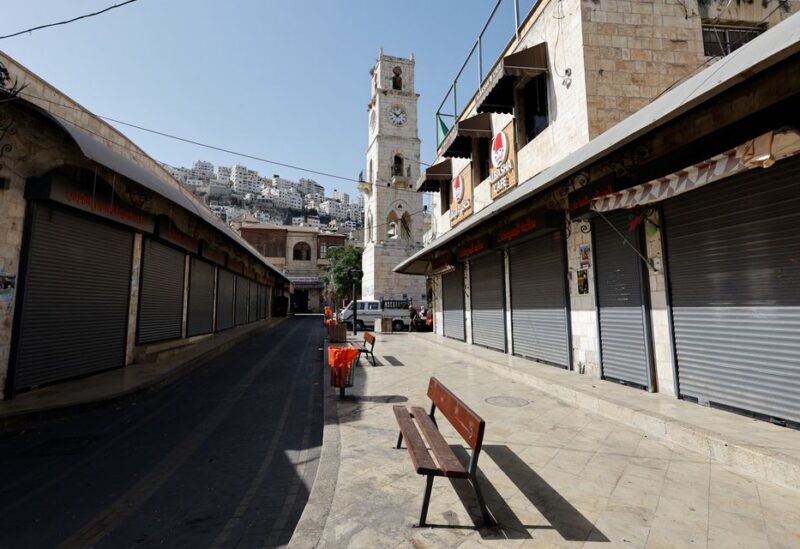 General view of the closed shops during a strike following an Israeli raid in Nablus, in the Israeli-occupied West Bank, September 25, 2022. REUTERS

According to Palestinian authorities, Israeli soldiers shot and killed a Palestinian terrorist during an army operation in the occupied West Bank on Sunday, the latest in a series of events in recent months in the sensitive town of Nablus.

Said Al-Kawni, according to “The Dens of Lions,” a Palestinian umbrella organization made up of militants from several factions, was a “hero of resistance” who died amid “clashes with occupation troops.”

Medical workers said three other Palestinians were wounded by Israeli gunfire in the incident, which was confirmed by the Israeli military.

“Overnight, during IDF (Israel Defense Forces) routine activity, IDF soldiers spotted armed suspects driving in a vehicle and motorcycle adjacent to the city of Nablus,” the military said. “IDF soldiers responded by firing towards the armed suspects. Hits were identified.”

The latest in a near-daily string of events in and around Nablus and the adjoining town of Jenin highlighted the West Bank’s fragile security atmosphere as Israel prepares for elections on November 1.

Most stores in Nablus, home to one of the West Bank’s major refugee camps, were shuttered on Sunday after militant factions called for a countrywide strike.

Since the Israeli military started Operation Breakwater against terrorists on March 31 in response to a succession of deadly Palestinian street assaults in Israel, about 70 Palestinians have been murdered in the West Bank. The death toll includes both militants and civilians.

However, there has been little sign of an end to the clashes and with pre-election polls favouring former Prime Minister Benjamin Netanyahu, a strong opponent of a two state solution, expectations of any immediate breakthrough are low.

Peace talks broke down in 2014 under US mediation to form a Palestinian state in the West Bank, Gaza, and East Jerusalem, and the continuous construction of Israeli settlements since then has made restarting the discussions increasingly difficult.

Israeli security authorities have urged the Palestinian Authority to do more to combat militants affiliated with factions such as Islamic Jihad, who are well-entrenched in places such as Jenin and Nablus.

However, the Palestinian Authority, which is increasingly unpopular in the West Bank, claims that Israel is methodically undermining its capacity to rule.

Thirty Palestinian detainees in Israeli jails launched a hunger strike on Sunday in protest of their incarceration conditions.