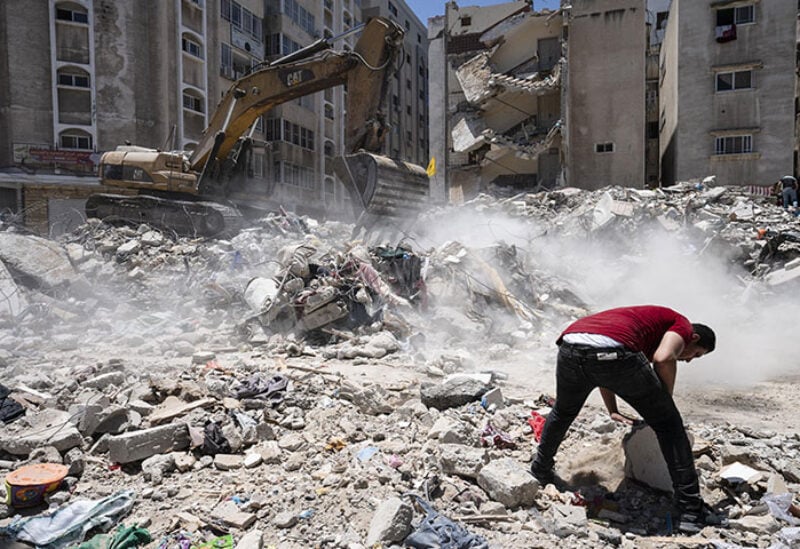 Days after clashes between Israelis and Palestinians over the weekend, Israeli jets bombed Gaza on Monday after incendiary balloons hit the country

The strikes were carried out in Khan Younes in the south and Jabalia in the north, however, there were no reports of any casualties. Israeli defence forces said the jets attacked “a Hamas weapons manufacturing site in Khan Yunis as well as terror tunnel entrance in Jabalia”.

The IDF added that a “Hamas underground rocket launch site located adjacent to civilian homes and a school in Shejaiya, was also struck.”

Reports claimed at least nine incendiary balloons were launched from Gaza. The latest development comes as Palestinian protesters tried to scale a wall near the Gaza border as Israeli troops opened fire over the weekend. A boy including an Israeli police official were injured in the clashes.

Israel and Hamas were involved in a 11-day conflict in May as Israeli jets pounded Gaza as the militant groups retaliated with thousands of rockets aimed at Israel as 250 Palestinians and 13 Israelis were killed.

A ceasefire was finally brokered by Egpyt, however, there have been reports of balloons laden with incendiary material aimed at Israel in the past few months leading to tensions.

Israel’s fire and rescue service said the incendiary balloons led to fires in fields along the Gaza border on Monday but there were no reports of any casualties.

Reports said the Israeli Army had activated the Iron Dome anti-missile system after rockets were launched towards the country on Saturday which was the first rocket attack since the May ceasefire.