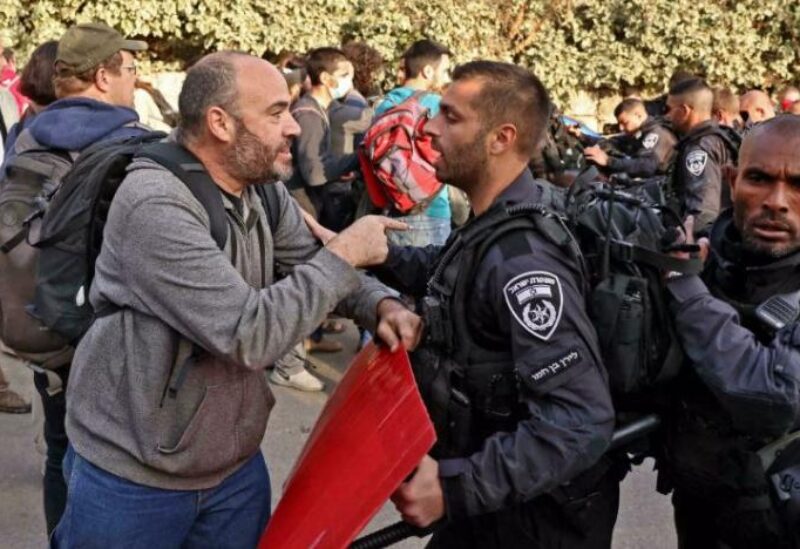 The scuffles there came alongside protests elsewhere in the occupied West Bank, according to AFP.

Tensions that erupted in Sheikh Jarrah last year — as several Palestinian families faced eviction by settler groups — in part sparked the May war between Israel and armed groups in the Gaza Strip.

In Jerusalem, Palestinian men had lain prayer rugs on the asphalt of a local street and carried out Islamic prayers. Later, activists who ended up numbering in the hundreds joined them to protest the looming evictions.

AFP reporters observed Israeli border police charging the protesters with horses after the activists refused to clear a road. Police described the incident as a “riot” and said “demonstrators did not listen to instructions of police”.

An AFP photographer observed two people being detained. However, police said no arrests were reported.

Sheikh Jarrah has emerged as a symbol of Palestinian resistance against Israeli control of east Jerusalem.

Israel captured east Jerusalem from Jordan in the 1967 Six-Day War and later annexed it, in a move not recognized by most of the international community. More than 200,000 Jewish Israelis live in east Jerusalem, which Palestinians claim as the capital of their future state.

Abdallah Grifat, 30, said he travelled from Nazareth in northern Israel to show his support.

“It’s my duty as a Palestinian to stand here, with every other Palestinian who’s struggling for their land,” he told AFP. “We’re standing for justice.”

In Beita, residents opposed to an Israeli outpost erected on village land used slingshots to hurl rocks at security forces who responded with what the army called “riot dispersal means.”

The army said no troops were injured. Palestinians’ official news agency Wafa said 23 Palestinians were hurt. An AFP photographer was wounded by a rubber bullet fired by Israeli forces.

Hamas warned on Thursday that “violation of the red lines in Sheikh Jarrah” could “prepare the atmosphere for the next explosion.”