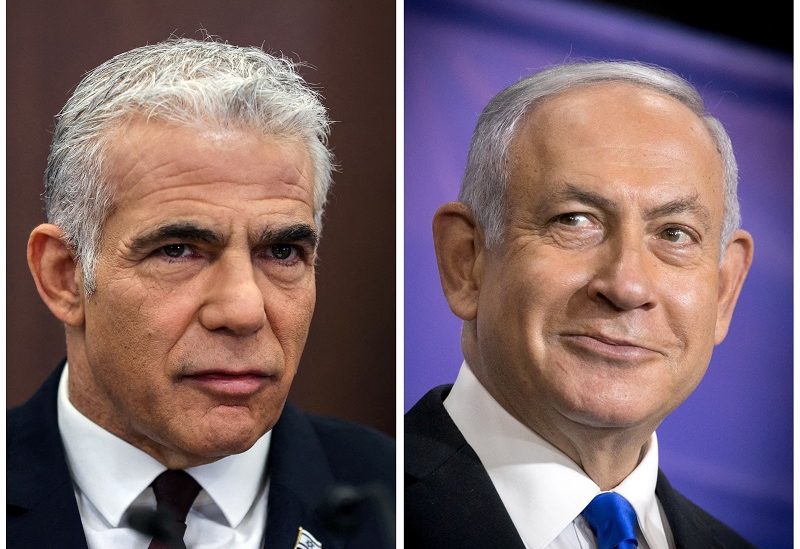 Claiming he is trying to convince army officers to rise up against the government, Israeli Prime Minister-designate Benjamin Netanyahu criticized the actions of outgoing Prime Minister Yair Lapid on Friday,

“I was elected to lead the State of Israel and I intend to do so in your mission and in the spirit of the national and democratic principles upon which I was raised in my father’s house and which have guided me all my life,” Netanyahu wrote on Twitter.

“I strongly condemn Lapid’s attempts to intimidate officers, army and mayors against the elected government under our leadership,” he said.

“The IDF (Israeli army) must be kept out of any political debate,” he wrote, adding: “Of course, senior officers should not be rebelled against an Israeli government that has gained the trust of the people.”

He also described the action as “crossing the red line.”

“Even when we were in opposition, we never rebelled against the Israeli government.

“We didn’t do that even when the outgoing government formed a government with representatives of the Muslim Brotherhood who oppose a Jewish and democratic state, who deny women and LGBT rights,” he said.

“Nor have we done so that the outgoing government has trampled democratic norms in the Knesset and the government,” he said.

He urged the opposition to react in accordance with responsibilities toward the state.

“We have one country, one army and one people. We can’t hurt them,” he said.

“Equally I reject the false claims against us,” he said. “The Government of Israel under my leadership will uphold the rights of all citizens of Israel and will ensure that we act with mutual guarantee and national responsibility, as we have done in all governments under my leadership.”

“And a final point: Whoever leads government policy is first and foremost the Prime Minister.

“I will lead the Government of Israel according to the national and democratic principles that have guided me all my life, and through them I will work to ensure and improve the lives of all citizens of Israel – without exception,” he added.

Ben-Gvir, who heads the far-right Jewish Strength Party, is expected to become national security minister in the upcoming government headed by Netanyahu.