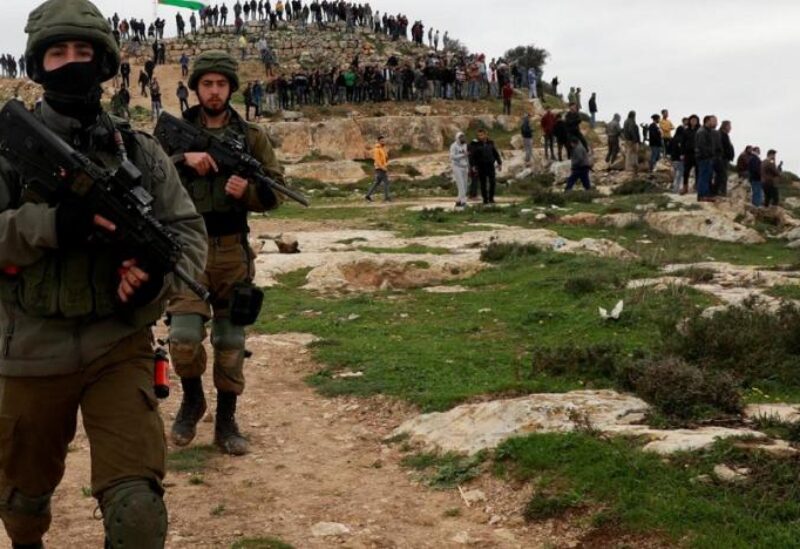 Several Palestinian villages near Nablus city in northern occupied West Bank, were attacked by Israeli settlers on Friday, Anadolu Agency reported. Jihad Salah, the head of Burqa village council in northwestern Nablus, said the settlers assaulted the village using firearms.
He added that they set the village’s barracks on fire and stoned a number of Palestinian homes.
Meanwhile, the Palestinian Wafa news agency said the settlers attacked Sebastia town, north Nablus, and smashed a number of Palestinian-owned vehicles and a car maintenance workshop.
A group of settlers also attacked a house in Qaryut village, south Nablus, and vandalised its properties.
Sameha Ghefari, a local resident, told Anadolu Agency that her husband, Wael Muqbel, 65, was assaulted in Qaryut village and was taken to a hospital in Nablus.
Late on Thursday, an Israeli settler was killed and two others wounded in a shooting near the Homesh outpost near Nablus.
Earlier this week, Israeli rights group Peace Now said there was an increase in violence by Israeli settlers against Palestinians and their properties.
Israeli and Palestinian estimates indicate there are about 650,000 settlers living in 164 settlements and 116 outposts in West Bank, including in occupied Jerusalem.
Under international law, all Jewish settlements in the occupied territories are considered illegal.