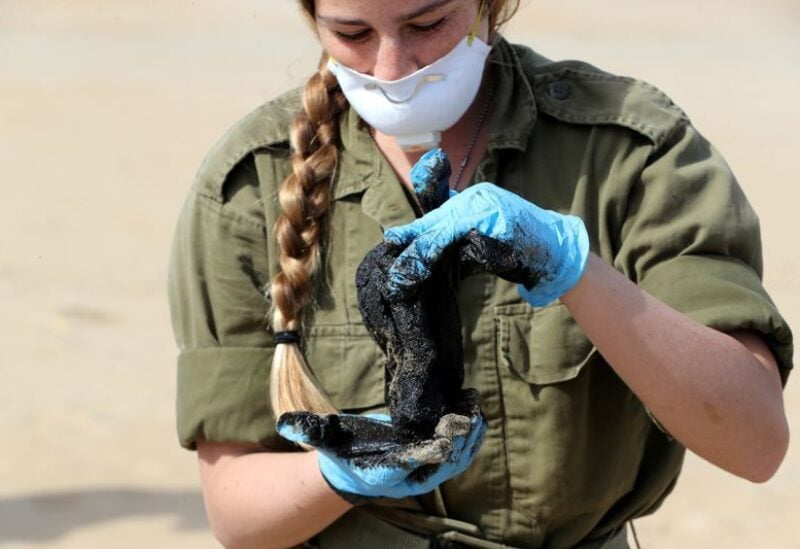 FILE PHOTO: An Israeli soldier holds a clump of tar cleaned from the sand after an offshore oil spill drenched much of Israel's Mediterranean shoreline with tar, at a beach in Atlit, Israel, February 22, 2021. REUTERS/Ronen Zvulun/File Photo

Israel has dispatched investigators to Greece to probe a ship suspected of causing an oil spill that has covered much of Israel’s shoreline with tar, the Environment Protection Ministry said on Saturday.

Israel has been looking at a spill from a ship that passed about 50 km (30 miles) offshore on Feb. 11 as the possible source of what environmental groups are calling a catastrophe for wildlife.

“We will … use all means until we find the environmental perpetrator responsible for the pollution,” Gila Gamliel, Environmental Protection Minister, said in a statement.

Israel did not provide details of the ship.

Athens had not received any official request from Israel to inspect a Greek ship, said a Greek Coast Guard official who spoke on condition of anonymity.

Volunteers, environmentalists, and thousands of soldiers, have been gathering daily on Israel’s beaches to remove the clumps of sticky black tar, which have also been washing up in southern Lebanon.