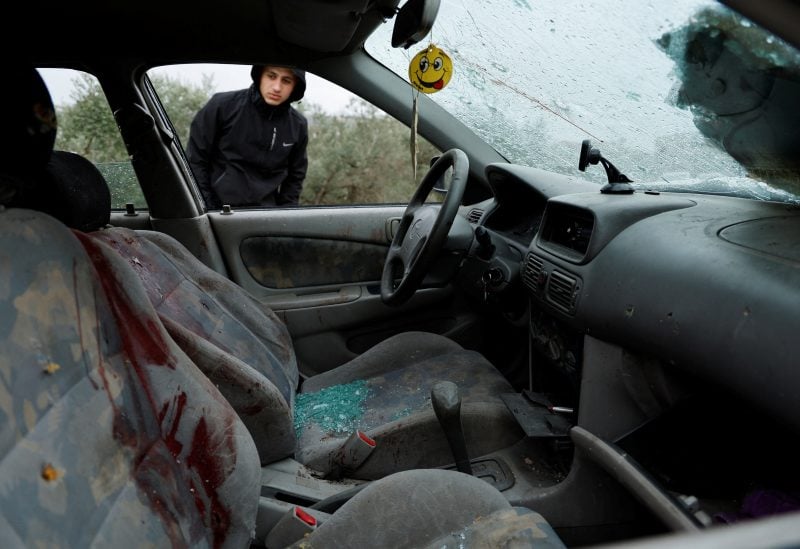 A Palestinian checks a damaged car where two militants were killed during an Israeli operation, near Jenin, in the Israeli-occupied West Bank, January 14, 2023. REUTERS/Raneen Sawafta

Two Palestinian militants were killed by Israeli forces on Saturday in the occupied West Bank in what witnesses described as a running skirmish that was started by an army raid close to a flashpoint village.

Following a wave of street attacks in Israeli cities last year, military patrols in Jenin and the surrounding regions have been intensified. The violence has made it less likely that the U.S.-sponsored peace talks, which broke up in 2014, will resume.

Witnesses said Israeli troops clashed with gunmen before dawn, wounding one. Two other gunmen drove away with him, and after unloading him with local residents, continued in the car, pursued by the troops until they were shot, said the witnesses.

An army spokesperson said troops opened fire on the car after being shot at, and that there were no Israeli casualties. There were bloodstains inside the vehicle, which crashed into a wall during the incident.

The Palestinian militant group Islamic Jihad claimed the two dead men as its members. One of them was also claimed by Al Aqsa Martyrs’ Brigades, an armed offshoot of Palestinian President Mahmoud Abbas’ Fatah faction.