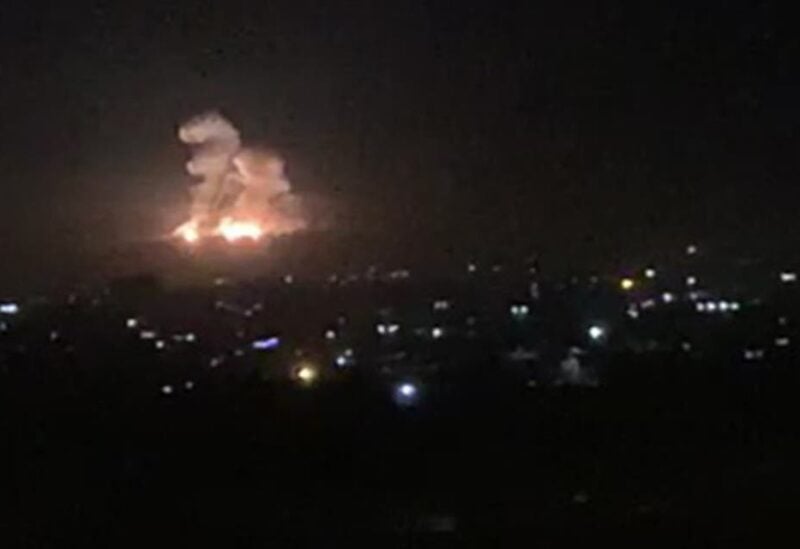 “Violent explosions felt in Damascus and around the city, followed by Israeli strikes on military positions” of the Syrian army. The Syrian Observatory for Human Rights, a Britain-based war monitor, reported “late last night.

The air strikes hit an area “close to Damascus’s international airport, as well as a Syrian air force battalion in the Dumayr region”, about 50 kilometres from the capital, where “explosions took place at arms depots”, the observatory reported.

“Air strikes also took place in the south of Homs province” while “explosions were felt in the provinces of Hama and Latakia” in the north and north-west.

“The strikes have led to human losses in Homs, where rescue teams have been dispatched to the targeted sites,” the Observatory said.

“These are the first Israeli strikes in Syria since the recent war in Gaza” between Israel and Palestinian militant group Hamas, Observatory chief Rami Abdulrahman said.

The Israeli army, which rarely acknowledges its strikes in Syria, said: “We do not comment on reports in the foreign media.”

Since the start of the war in neighbouring Syria in 2011, Israel has carried out hundreds of air strikes on Syrian territory.

Israel regularly says it will not allow Syria to become a stronghold for its enemy, Iran.

The war in Syria, which began in 2011 with the regime’s repression of pro-democracy protests, has grown increasingly complex over the past decade, drawing in more and more parties.

Almost half a million people have been killed, the Observatory said.