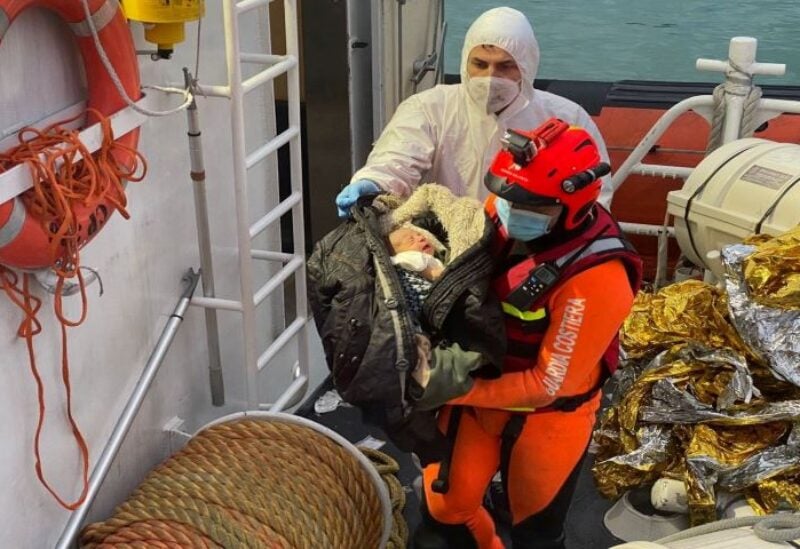 The Italian coastguard rescued some 250 migrants, including a newborn infant, from a stricken boat off the coast of Calabria.

The coastguard stated in a statement that the rescue, which took place overnight on Saturday and Sunday, was hindered by adverse weather and sea conditions and lasted more than 16 hours.

A total of 244 individuals were saved, including 41 children, and the baby delivered aboard the boat on Saturday.

The number of boat migrants in Italy has increased dramatically in recent weeks, putting more pressure on Prime Minister Mario Draghi’s administration to reach an agreement with European Union allies on how to cope with the issue.

On November 25, another 296 migrants were rescued by the Italian coastguard in the Mediterranean as they attempted to reach Europe. more info

Separately, the German NGO Sea-Watch announced on Saturday that 461 people were disembarking from their rescue ship in Augusta, Sicily.

According to interior ministry figures, 62,236 migrants have arrived in Italy so far in 2021, compared to 32,542 in the same period last year.