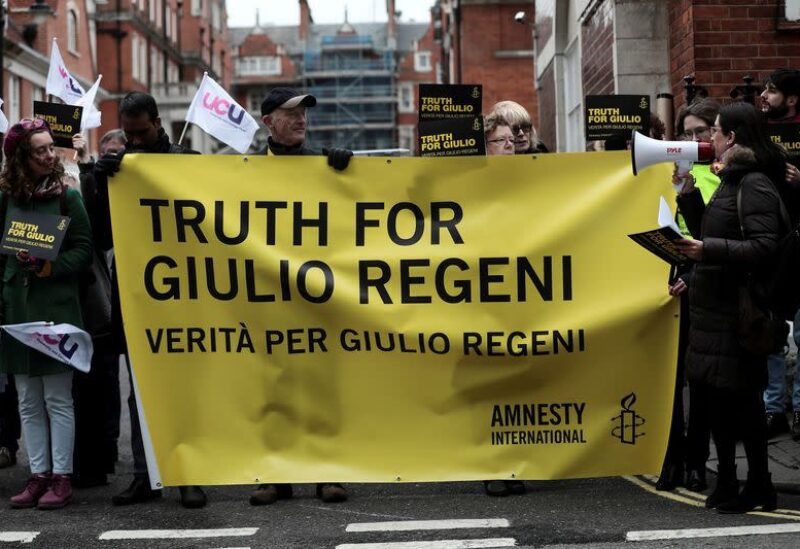 An Italian judge ordered on Tuesday four top members of Egypt’s security services to stand trial over their suspected role in the disappearance and killing of student Giulio Regeni in the Egyptian capital in 2016, a legal source reported.

Regeni, a postgraduate student at Britain’s Cambridge University, went missing in Cairo in January 2016. His body was found almost a week later and a post mortem examination showed he had been subject to torture before his death.

Italian prosecutors have said their probe revealed that 4 Egyptian officials were responsible for the “aggravated kidnapping” of Regeni, while one of the four was also involved in a “conspiracy to commit aggravated murder”.

Egyptian officials and police have repeatedly denied any involvement in the student’s disappearance and murder.

Chairing a preliminary hearing, an Italian judge agreed there was sufficient evidence to indict the four and ordered the trial to open on Oct. 14, the legal source added.