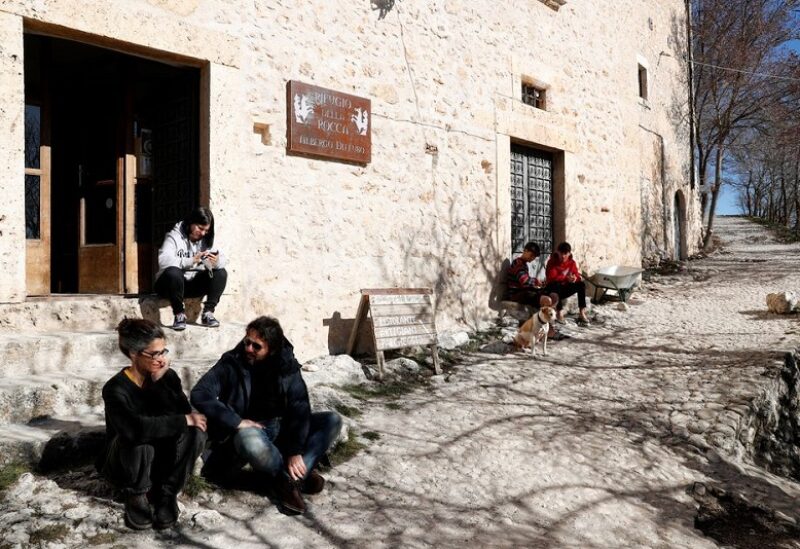 When the sun comes up over the castle of Rocca Calascio, a mountain hamlet high up in the central Italian Apennines, it is like a silent, red thunder.

One such sunrise struck Franco Cagnoli with an almost spiritual calling that led him on a personal mission to revive the medieval village that had been abandoned in 1957.

The once-ghostly place is one of many small locations in Italy enjoying a revival, fuelled by cheap prices, smart working opportunities and a desire for a quieter lifestyle.

“To put it in romantic terms, there is a love story between me and Rocca Calascio,” Cagnoli said as he showed visitors round the castle above the hamlet known as the “Light of Abruzzo”, the name of the central Italian region where it is located.

Depopulation of rural villages or mountain hamlets in Italy began with emigration in the early 20th century, accelerating after World War Two when the country’s economic boom lured people to urban jobs.

At about 1,400 metres above sea level, the castle, whose foundations date back about 1,000 years, is one of the highest in Europe. The medieval hamlet below is home to two families and others have bought properties to restore as either primary residences or second homes.

Cagnoli, now 39, first saw the castle when he was 16 and living in the regional capital L’Aquila. He was on road trip to find himself.

“I arrived here on my scooter as the dawn lit up the castle. I was literally blinded by the light and since that day something inside me changed,” he said. “I thought it was the most beautiful place on earth. I felt special energies.”

His bond with Rocca Calascio never loosened. In 2012 he moved to Calascio, a village of about 80 residents three kilometres by road downhill.

He is now the castle’s custodian and head of a cooperative whose 26 members guide visitors.

“Today’s teenagers, like my children, are proud of their land and are happy if they can stay here.”

The castle, where the 1985 film “Ladyhawke” starring Michelle Pfeiffer was filmed, began as a tower in a chain of medieval defensive fortifications to control the valleys stretching inwards from the Adriatic Sea.

Rocca Calascio’s future was handed a boost this month when Italy’s culture ministry included it among 21 places that will receive 20 million euros ($22 million) each to restore ruins and build visitor facilities.

Initiatives to repopulate abandoned or scarcely populated villages in Italy have included town councils giving houses away or selling them for a pittance in exchange for a commitment to restore them.