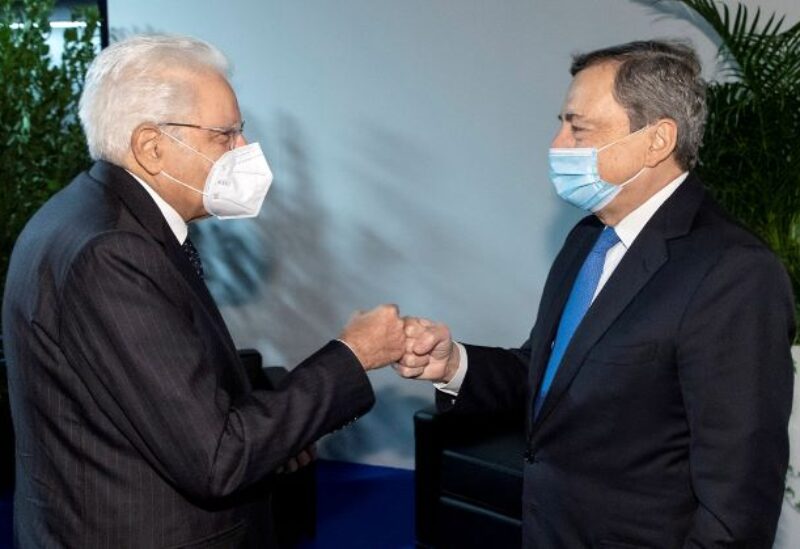 Italy’s myriad parties held behind-the-scenes talks on Friday seeking to avoid deadlock over the election of the next head of state, with the nomination of Prime Minister Mario Draghi seen as the most probable outcome.

Parliamentarians and regional representatives will convene on Monday for an initial ballot. The vote is secret, and the winner needs a two-thirds majority in any of the first three rounds of voting. An absolute majority is sufficient thereafter.

The president has many ceremonial duties, but is also responsible for resolving political crises, making it a key role in a country where governments survive just one year on average.

Neither the center-right nor center-left blocs have enough votes to impose a candidate from their own camp, meaning some sort of compromise is needed to prevent prolonged stalemate.

Draghi, the former head of the European Central Bank, has made clear he would like the job, but the broad sweep of parties that support his coalition are holding back from endorsing him for fear his departure could trigger early national elections.

“If there is a game plan ready for the ‘after Draghi’, then operation Draghi is feasible,” former Prime Minister Matteo Renzi and leader of the co-ruling Italia Viva party told La Stampa newspaper.

“Nobody will accept to lose such a valued premier without having certainty on the future (of the government),” he added.

Renzi met the head of the centre-left Democratic Party (PD) Enrico Letta on Friday morning to discuss the situation. Letta was also expected to talk to Matteo Salvini, the leader of the rightist League, in the coming hours, a PD source said.

Salvini’s hands are currently tied because the center-right bloc, which includes the League, has agreed to support efforts by former Prime Minister Silvio Berlusconi to secure enough votes to become president himself, despite his frail health, past sex scandals and a previous conviction for tax fraud.

One of the men orchestrating his Quixotic bid admitted this week that his efforts looked doomed, but Berlusconi himself has yet to admit defeat, preventing his allies’ from finding a less divisive candidate that the center-left could also rally behind.

The outgoing president, Sergio Mattarella, has ruled out accepting another seven-year term, but some politicians have suggested pleading with him to extend his mandate to enable Draghi to remain prime minister and continue his work rebuilding the economy after the COVID-19 health emergency.

A poll for Sky TG24 news channel released on Friday said 65% of Italians would be happy to see Mattarella remain in office, while 57% said they would also be pleased to see Draghi become president. However, 56.7% said they would prefer him to remain prime minister.

If Draghi does become head of state, another prime minister would be immediately needed to ensure that political instability did not jeopardize Italy’s drive to receive some 200 billion euros ($226.6 billion) of EU pandemic relief funds.