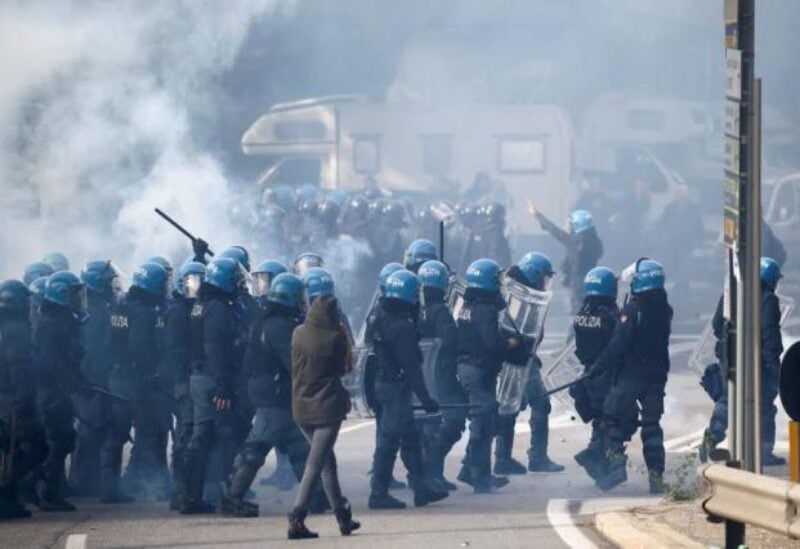 On Monday, Italian police used water cannon and tear gas to disperse a sit-in at Trieste’s port, where opponents of the government’s required COVID-19 health pass attempted to prevent access.

The implementation of new guidelines last Friday that require all workers to produce confirmation of vaccination, a negative coronavirus test, or recent recovery from infection has sparked protests in Italy’s northeastern port.

After hundreds of dock workers impeded entrance to one of the main gates at Italy’s largest commercial port, police in full riot gear stepped in on Monday morning.

Jets of water were used to force the people away, followed by volleys of tear gas. Many of them proceeded to the city’s main square, where they planned to continue their demonstration in front of government buildings.

“They came after us. I don’t know what to say. I had not anticipated it “The port protesters’ spokesman, Stefano Puzzer, remarked “We’ll take a seat here. We’re maintaining our composure. We are not going to give up.”

The mandatory health ‘Green Pass,’ according to the government, is necessary to keep workers safe and to encourage more people to be vaccinated. Workers who attempt to work without the certificate will be suspended without pay and fined up to 1,500 euros ($1,730) under the rule, which is in effect until the end of the year.

Most Italians support the provision, opinion polls show, but a vocal minority says it impinges on core labour rights.

Some 15% of private and 8% of public sector workers have no Green Pass, according to a government document seen by Reuters last week.

However, Puzzer has said around 40% of Trieste’s port workers are not inoculated. Vaccine hostility is also higher in the city than in most of Italy, with an “anti-vax” party taking 4.5% of the vote at mayoral elections this month.