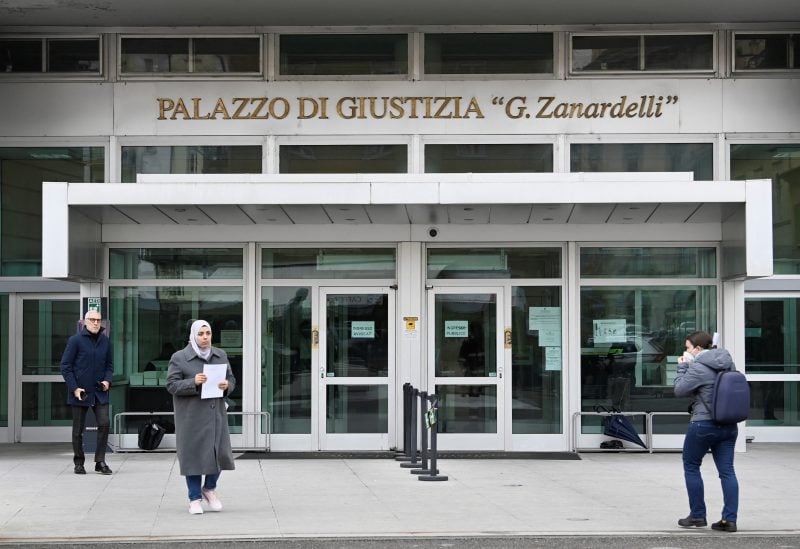 People are seen in front of the courthouse of Brescia ahead of a hearing to decide whether to hand over Maria Dolores Colleoni, wife of former MEP Antonio Panzeri who was arrested in Brussels on charges of corruption in the European Parliament for the benefit of Qatar and Morocco, to the Belgian authorities, in Brescia, Italy December 19, 2022. REUTERS/Flavio Lo Scalzo

An Italian court on Tuesday postponed for a second time a hearing on whether to hand over to Belgium a woman suspected of involvement in a Qatar graft scandal that has rocked the European Parliament.

An appeals court in the northern city of Brescia originally delayed a decision last month on whether to extradite Silvia Panzeri after her lawyers said the request should be rejected because of overcrowding in Belgian jails.

The judges asked for information from Belgium on its prison system but at a reconvened hearing on Tuesday they said they had not yet received the necessary guidance and pushed back the session until Jan. 16.

Panzeri, 38, is the daughter of former EU lawmaker Pier Antonio Panzeri, who is believed by Brussels prosecutors to be one of the main players in the alleged corruption. He has denied any wrongdoing.

The same court, with a different set of judges, has already cleared the transfer to Brussels of Maria Dolores Colleoni, the wife of Pier Antonio and mother of Silvia.

Colleoni is still in Italy, however, because her lawyers filed an appeal against her transfer with Italy’s highest appeals court which is expected to decide in the coming days.

Colleoni and Silvia Panzeri have been under house arrest in northern Italy since Dec. 10 in compliance with a European arrest order issued by Belgian magistrates over their alleged “participation in a criminal organisation, money laundering and corruption”. They have denied any involvement.

Belgian prosecutors suspect Greek MEP Eva Kaili and others accepted bribes from World Cup host Qatar in a bid to influence European Union policymaking in one of the biggest scandals to hit the 27-nation bloc.

Qatar has said it had no involvement in the EU scandal. Kaili has denied wrongdoing.

Silvia Panzeri’s lawyer requested on Tuesday that her house arrest be lifted, saying she was a lawyer in her own right and that her clients were suffering as a result of the detention order.

Extracts of the arrest order seen by Reuters said Panzeri was suspected of receiving payments from Qatar and Morocco to influence people working at the European Parliament, and that his wife and daughter were aware of his activities.