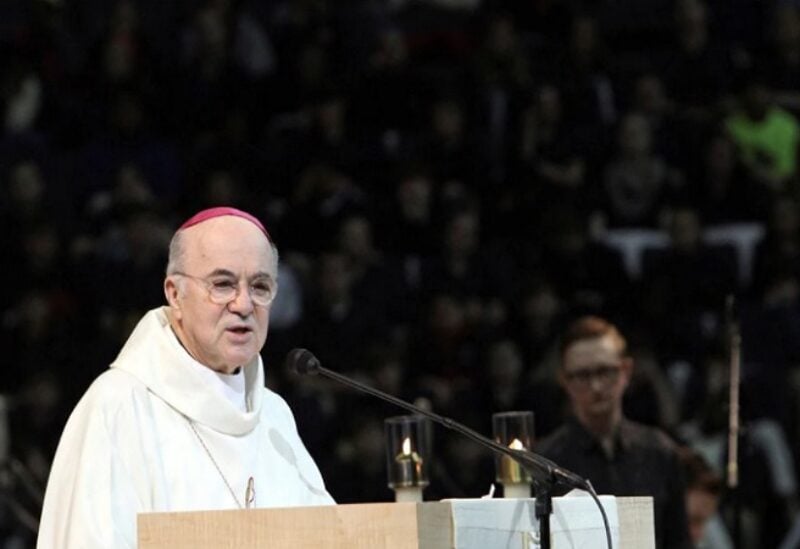 Italy’s national Catholic military chaplain has hit back at a renegade, vaccine-denying archbishop, accusing him of inciting insubordination among the armed forces and police over their role in enforcing COVID-19 laws.

The national chaplain, Archbishop Santo Marciano, issued a statement to all military and law enforcement personnel on Monday night, hours after Archbishop Carlo Maria Vigano made a statement urging them to disobey orders and not be “automatons”.

Vigano, a former Vatican ambassador in Washington, has been in hiding for more than three years since issuing a broadside against Pope Francis, demanding his resignation.

He is against vaccines and has said the virus was produced in a lab as part of a global plot to erase Christian identity in the West.

Right-wing Catholic outlets, blogs and websites carrying his statements have been shut down by social media platforms such as Facebook and Twitter for spreading COVID disinformation.

“They have used you as automatons,” Vigano said in his appeal to the military and police. “Expecting you to show blind and irrational obedience to a power that is increasingly authoritarian, repressive and tyrannical.”

He told them that saying “I was following orders” would not be sufficient, just as it was not at war crime trials of Nazis after World War Two.

In his two-page letter, Marciano condemned Vigano, who has backed claims that the last U.S. presidential election was fraudulent, for “his conspiracy theory outbursts”.

He said Vigano and other anti-vaxxers in the Church were exploiting the pandemic for “denigrating campaigns against Pope Francis, creating agitation and much confusion”.

In his letter to military personnel and police, Marciano said: “Do not let yourselves be confused or discouraged in carrying on with your mission”.

Police and military in Italy are obliged to be vaccinated and both have been used to keep order at vaccination sites. The army was used to administer vaccines in rural areas.

Italy’s supreme court ruled in 2010 that instigating disobedience to laws is punishable if it harms public order.