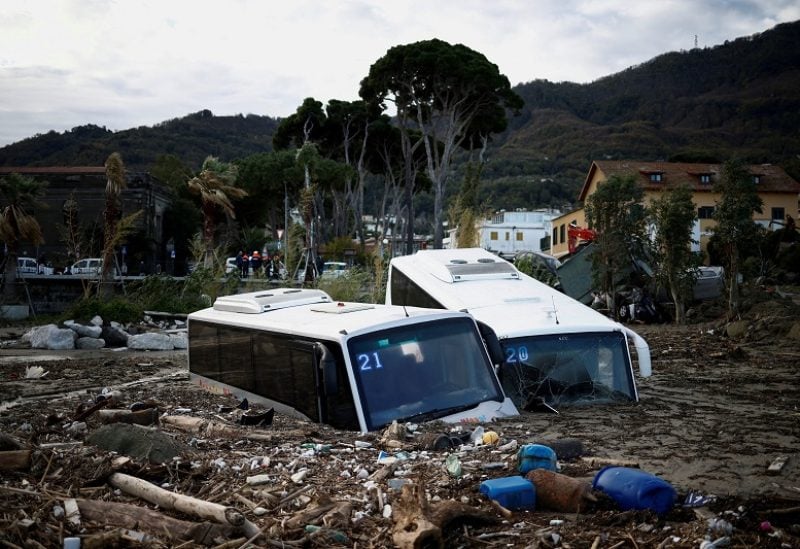 Following the Ischia landslide that has reportedly killed two people, while 10 others are still missing, Italy declared a state of emergency. At the conclusion of the emergency cabinet meeting that imposed the state of emergency, Nello Musumeci, the minister for civil protection, said that the first tranche of the two million euro relief funds had been released.
Following the discovery of a 31-year-old woman’s body on the island, the prefect of Naples reported that the tragedy’s death toll has increased to two.
While hundreds of volunteers and others are busily scrubbing the town’s streets clean, more than 200 rescuers are still looking for the missing people, reported AFP.
Reuters reports that rescue divers were looking for survivors in the waters near Casamicciola Terme. Local authorities fear that two families, including some children, are among the missing.
On Saturday a wave of mud, rocks, and debris broke free from the island’s tallest mountain and slammed over homes and roads, killing at least one person.
Several vehicles were forced into the water. Aerial camera footage showed a number of buildings being destroyed by the avalanche that overwhelmed the town. One local as per AFP claimed to have witnessed “a waterfall of water and mud”.
AFP quotes a resident Salvatore Lorini as saying that “nature is nature, there was an earthquake” but that “a bit of prevention” could have saved lives. He said that a lack of maintenance and prevention was behind the landslide.
State of emergency following earthquakes, volcanic eruptions, or severe weather are nothing new for the peninsula off Naples.
In 2017, two people were killed in an earthquake that struck Casamicciola Terme, a spa town with 8,000 winter residents on the verdant island of Ischia, close to Capri. Earlier, it was completely destroyed by a considerably stronger earthquake at the end of the 19th century.