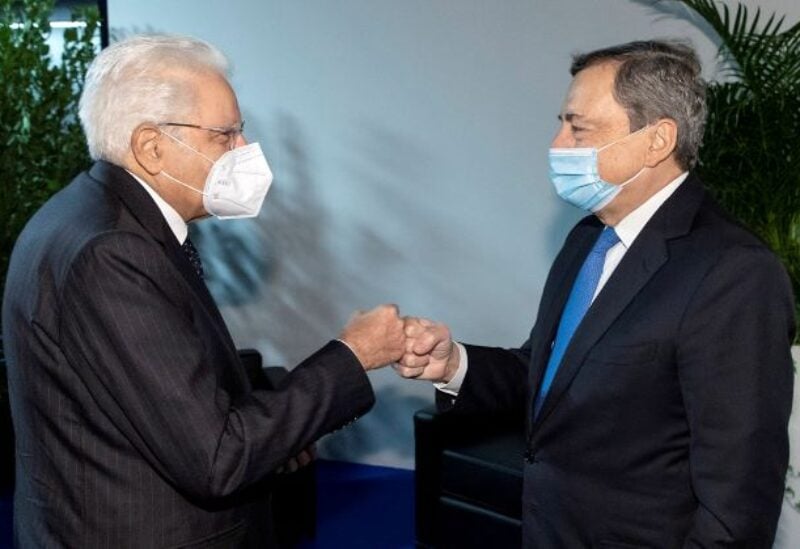 In an initial secret ballot on Monday, Italian legislators failed to pick a new president, as party leaders convened behind closed doors to attempt to settle on a compromise candidate and avert costly political upheaval.

Prime Minister Mario Draghi remains the most probable candidate, but fears that his elevation to the position of head of state may destabilize his coalition government and force early national elections have complicated his prospects.

A second round of voting will be place on Tuesday after a majority of the 1,008 “grand electors” cast blank votes in a nearly five-hour poll on Monday.

Although largely ceremonial, the Italian presidential post is also highly influential, with the head of state often called on to resolve political crises in the euro zone’s third largest economy, where governments survive barely a year on average.

Draghi has made clear he would like the prestigious job, but major parties have not yet endorsed him, fearful that his move could disrupt the fight against COVID-19 and hurt efforts to receive billions of euros from EU pandemic relief funds.

“I am working to ensure that in the next few hours the center-right will offer not just one but several quality proposals,” rightist League leader Matteo Salvini said on Monday night, suggesting no consensus was building behind Draghi.

Salvini was at the core of Monday’s cross-party talks, separately meeting the leader of the center-left Democratic Party, Enrico Letta, and former prime minister Giuseppe Conte, who heads the 5-Star Movement, the largest force in parliament.

After the meeting with Letta, Salvini and Conte said they were “working on some options” and would see each other again on Tuesday. 5-Star said there was agreement on the need to find a mutually acceptable candidate “that unites the country”.

Should Draghi fail to land the job of head of state, some commentators are suggesting he may not want to continue as prime minister either, if the coalition backing his government splits over the presidential election.

“Regardless of the outcome, the political equilibrium that has prevailed since Draghi became prime minister in February 2021 has been shaken, if not broken,” said Wolfango Piccoli of London-based political risk consultancy Teneo.

A successful candidate needs a two-thirds majority in any of the first three rounds of voting, with an absolute majority enough thereafter. Only three presidents have been elected in the first round, with the vast majority elevated from the fourth round onwards. Parliament plans to hold one ballot a day.

If Draghi were to become head of state, a deal on who should replace him as prime minister would be immediately needed to prevent prolonged political paralysis.

Until recently, Draghi was considered almost a shoo-in to move to the presidential palace. But over the weekend Salvini and his ally, former prime minister Silvio Berlusconi, both urged him to stay on as premier, diminishing his chances.

Parliament is deeply fractured and no bloc has an absolute majority, meaning some sort of compromise will be needed.

Some politicians have said they want outgoing President Sergio Mattarella to accept a second mandate. He has so far ruled this out.