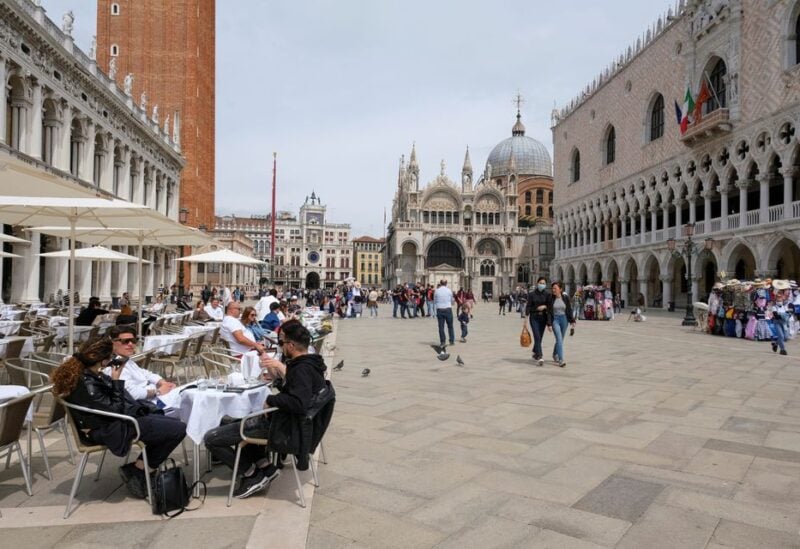 Italy’s government on Monday approved a decree pushing back with immediate effect a nightly coronavirus curfew to 11 p.m. from 10 p.m. and easing other curbs in the regions where infections are low.

Prime Minister Mario Draghi’s government agreed the curfew would begin at midnight from June 7 and be abolished altogether from June 21 in those areas, a statement said, in line with a plan to gradually relax restrictions across the country.

Italy, which has the second-highest COVID-19 death toll in Europe after Britain, has seen its daily deaths and cases decline in recent weeks, and more people are being vaccinated.

“The figures of the last few months have imposed difficult, sometimes painful choices, but today they give us reason for relief,” said Health Minister Roberto Speranza.

As of Monday, some 8.8 million Italians, or 14.8% of the population, have been fully vaccinated, while slightly over 30% have received at least one shot.

Italy has registered over 124,000 deaths linked to COVID-19 since its outbreak emerged in February last year. But the daily toll has fallen steadily in recent weeks, with less than 100 fatalities reported on Sunday for the first time since October.

Monday saw an increase to 140 deaths.

Late in April, the government reinstated a four-tier color-coded system, from white to red, to calibrate curbs in its 20 regions, allowing bars and restaurants to serve clients at outside tables in the low-risk yellow and white areas.

Some 19 out of 20 Italian regions are currently yellow, and one, the tiny Valle d’Aosta, is orange, the third-highest risk level.

None are currently deemed high-risk red, and six – including the northern Veneto around Venice – will become white by the end of the first week of June, a government source said.

In low-risk white regions, no curfew will be imposed and only face masks and social distancing will remain compulsory.

TheCabinet has also allowed restaurants to serve customers at inside tables for dinner as of June 1, and is bringing forward the reopening of gyms to May 24 from June 1 in yellow and white regions.

Mountain lifts will be allowed to reopen as of Saturday.

As part of an effort to boost summer tourism, Italy has scrapped mandatory quarantine for visitors from the European Union, Britain and Israel who test negative for COVID-19.