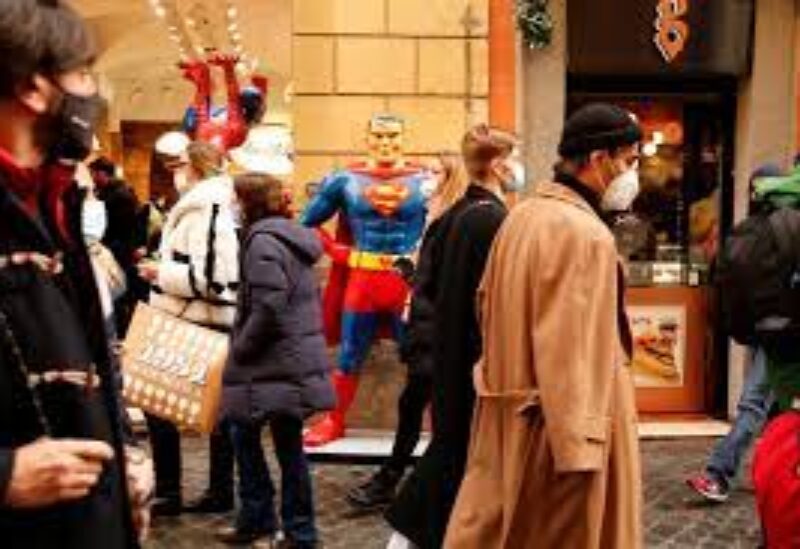 On Monday, Italy imposed restrictions on those who have not been immunized against COVID-19, limiting them access to a variety of venues and services.

The restrictions were announced last month, even before the Omicron variety was discovered, and come as coronavirus infections begin to rise across the country, albeit at a slower rate than in many other European countries.

Only persons who have been vaccinated or who have recently recovered from COVID-19 can access indoor seats at pubs and restaurants, visit museums, go to films and clubs, and attend sporting events under the new guidelines.

A basic green health permit, which is available to unvaccinated employees but only if they have had a negative COVID-19 test within the last 48 hours, is still valid for all workers.

Furthermore, beginning of Monday, the basic pass becomes mandatory for all public transportation.

Police began implementing the policy early in the morning, with anybody caught riding a bus, metro, tram, or train without a health certificate risking a 400-euro ($450) fine.

The permit is also necessary for anyone who wants to stay in a hotel or use the sports locker facilities.

“It is an absolutely necessary measure,” Rome resident Marco Formichella said. “If we don’t want to go back to the restrictions that we have had to endure for a year and a half then we must adapt.”

Italy has one of the highest vaccine uptakes in the world with 80% of the population having received either one or two jabs, while around 15% of people have had a booster shot.

COVID-19 infections have risen in recent weeks, hitting 15,000 on Sunday, less than half the number of cases recorded in Germany, France and Britain, with the high vaccine rate being credited for helping contain the disease.

There were violent protests against the move in October when the government first introduced the green pass for all workers, but the nationwide demonstrations have dwindled markedly over the past month.