Italy to inoculate 80 percent of population by end of September 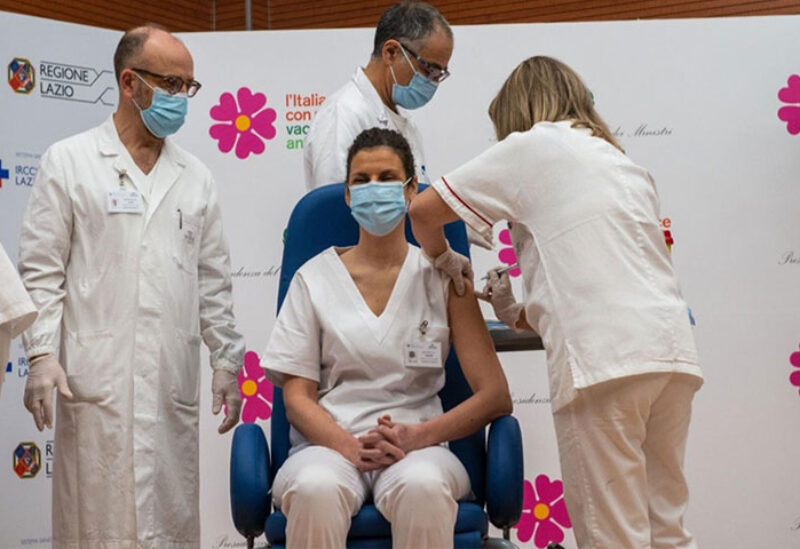 Italy aims to vaccinate at least 80 percent of its population by the end of September, following criticism about the slow pace of the rollout of a coronavirus vaccination campaign in one of worst-hit nations in Europe.

Francesco Paolo Figliuolo, an army general and new special commissioner for coronavirus, released a national plan to administer 500,000 doses a day at full capacity, according to a cabinet office document.

Italy has registered 101,881 deaths since the outbreak emerged in the country in February 2020, the second-highest toll in Europe after Britain and the seventh-highest in the world. It has reported 3.2 million cases of infection to date.

Some 1.95 million Italians, equal to just 3.8 percent of the eligible population, have been administered two jabs of vaccine so far, sparking public criticism about the slow pace of the rollout and prompting the appointment of Figliuolo.

Italy expects to receive an increasing number of vaccines, with total deliveries raising from 15.7 million doses in the first quarter to 52.5 million between April and June to a peak of 84.9 million in the third quarter, the document said.

It plans to broaden the health operators administering shots by boosting an existing agreement to employ family doctors and by using dentists, junior doctors, doctors from the Italian Sports Medicine Federation and others.

Just under 51 million Italians are eligible for the vaccine and 60% of them could be vaccinated by the end of July, reaching the first threshold for herd immunity, the document showed.