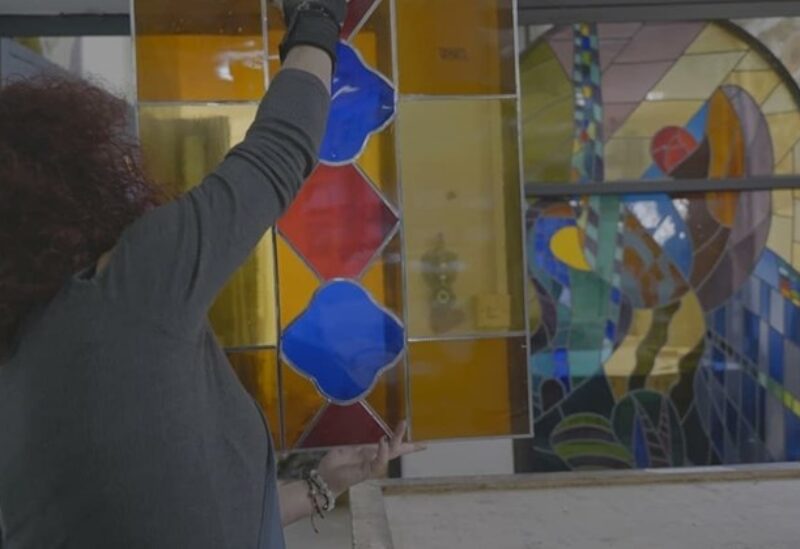 BEIRUT: A million-euro funding agreement for the continued restoration of Sursock Museum was signed Sunday on behalf of the Italian government and UNESCO.

Italy’s Deputy Foreign Minister Marina Sereni and Costanza Farina, the director of UNESCO’s Beirut office, signed the memorandum of understanding at the museum, which has made headway in recovering from the Aug. 4 blast.

Responding to the call for support from UNESCO’s Li Beirut initiative, which aims to raise 300 million euros to help restore schools, heritage and cultural sites around Beirut damaged by the blast, the Italian Agency for Development Cooperation will work alongside UNESCO to help in the museum’s second phase of reconstruction.

“The Sursock Museum, as the first rehabilitation project to be jointly launched by Italy and UNESCO in the field of cultural heritage after the explosion, represents a first crucial demonstration of our engagement for the recovery of Beirut after the blast,” Sereni said at the signing. “We firmly believe that culture and the protection of heritage are needed in times of crisis, more than ever.”

This is “a project in which we strongly believe, being aware of what Sursock Museum represents for Beirut and for the Lebanese population: a center at the heart of the urban socio-cultural life, one of the historical symbols of Beirut, a venue of art, open to all,” she added. “The Lebanese population can continue counting on the support and the partnership of the Italian government and its people.”

The planned activities are based on the Museum Damage Assessment Report, prepared in September 2020, which estimated the museum would require $3 million for complete rehabilitation.

Part of the works have already been financed by other donors. The French government is funding the restoration of the museum’s stained glass windows and antique decorative elements of the historic rooms on the first floor.

“Maison Tarazi, who originally restored the Salon Arabe, is working on these wood fixtures,” Sursock Museum director Zeina Arida told The Daily Star. “We received as a donation all the stained glass that we needed for the façade windows … The artist, Maya Husseni, is currently producing the stained glass panels and working on them.

“We have our main painting restorer Kerstin Khalife, who is working with two assistants. We have Isabelle Doumet-Skaf starting on the restoration of the sculptures, beginning with the stone sculpture of Saloua Raouda Choucair, and we already did a few months ago part of the graphic and paper arts,” she added. “Nathalie Hanna is also working on the restoration of two ceramics by Simone Fattal.”

Fifty-three artworks were damaged overall by the blast and Paris’ Centre Pompidou has been working with Sursock’s restoration team to offer advice and technical support during the process. Three paintings from the museum, as well as 10 portraits from the Sursock Palace collection, are being sent there for restoration this month.

The Italian fund will cover the more technical aspects of the museum rehabilitation, as well as the finishing touches needed to reopen to the public – installing smoke detectors, CCTV cameras, ducts and accessories relating to air-conditioning and repairing elements of the cafeteria and the museum’s audiovisual room.

“The Italian government decided to support our efforts in our second phase of reconstruction, which is mainly the second floor and includes the electro-mechanical works, such as the lighting on the second floor, which is totally damaged and out of production,” Arida said. “Things like access control, the inclusion system and fire doors are part of this, also the wall portioning, painting, false ceilings, and flooring.”

Arida had hoped to reopen in November 2021, in time to mark the 60th anniversary, but with much left to finish, it’s more likely the museum will reopen in early 2022. – The Daily Star