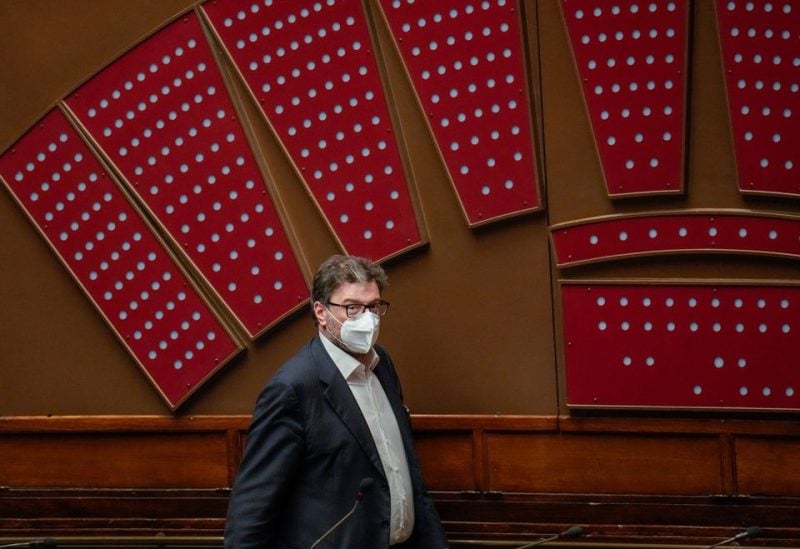 Italy's Minister of Economic Development Giancarlo Giorgetti walks at the end of the eighth round of voting for Italy's new President, at the Italian parliament in Rome, Italy January 29, 2022. Gregorio Borgia/Pool via REUTERS

Giancarlo Giorgetti of the League party was selected as the new Italian prime minister Giorgia Meloni’s minister of the economy on Friday. Antonio Tajani of Forza Italia will hold the position of foreign minister.

President Sergio Mattarella gave Meloni, of the Brothers of Italy party, the authority to form a government, and she then read out her list of ministers.

Among other top cabinet posts, the interior ministry goes to Matteo Piantedosi, a career civil servant with no party affiliation, and the defence ministry goes to Guido Crosetto, one of the founders of Brothers of Italy.

In all, nine ministries were handed out to Brothers of Italy politicians, five each to the League and Forza Italia, with technocrats given a further five cabinet posts.

Meloni led an alliance of conservative parties to victory at a Sept. 25 election.