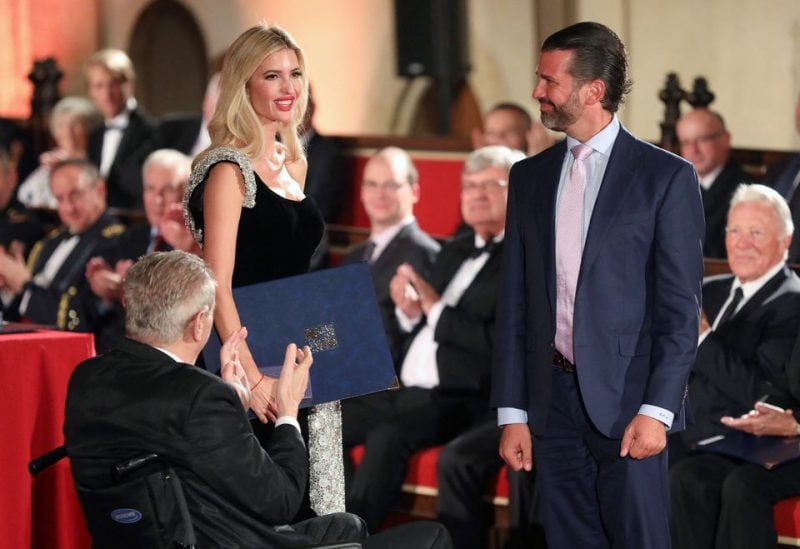 Former US President Donald Trump’s daughter Ivanka accepted a Czech state award honoring her late mother Ivana, who immigrated to the US in the 1970s but maintained close ties to her homeland.

A representative from the Ukrainian embassy in Prague accepted the award on behalf of Zelenskiy.

Ivanka Trump, who was accompanied by her husband Jared Kushner and older brother Donald Jr., met privately with Zeman before the ceremony at Prague Castle.

Born Ivana Marie Zelnickova Czechoslovakia, Ivana Trump grew up in Zlin some 300 km (186 miles) from Prague. She met Donald Trump on a modelling trip to New York in 1976 and became his first wife when they married nine months later.

The couple had three children together and were divorced in 1992, with Ivana credited with building some of his signature buildings including Trump Tower.

Ivana Trump told CBS television in 2017 that Trump offered her the role of ambassador to the Czech Republic but that she turned it down.