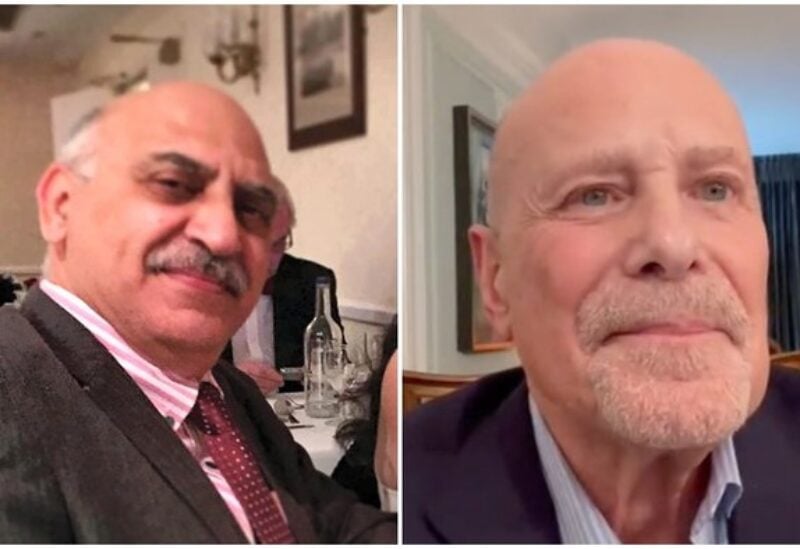 Anoosheh Ashoori, a British-Iranian dual national imprisoned in Iran will begin a hunger strike on Sunday in support of Barry an American former hostage of Tehran, who is staging his own hunger strike outside the nuclear talks in Vienna.

Ashoori, is staging the strike in solidarity with Rosen, 77, who, as then-press attache at the US Embassy in Tehran, was held hostage for 444 days between 1979 and 1981.

Ashoori was arrested in August 2017 and sentenced to 10 years’ imprisonment for espionage. He is now jailed in Evin prison in Tehran.
His wife Sherry said: “We are extremely concerned for his health as he approaches his 68th birthday, but having failed to see any progress in the UK Foreign Office’s efforts to secure his release, and no sign of the welfare of hostages held by Iran currently being a priority of Western governments, he will begin his hunger strike.”

Rosen says hostages should be released as part of a new nuclear deal, and has also been joined on hunger strike by Lebanese US resident Nizar Zakka, who was detained by Iran between 2015 and 2019.

Rosen told The Guardian: “I am receiving heart-rending messages from Iranians, and I am absolutely humbled that Anoosheh is doing this in support of me.

“I support him completely in return and I urge him to be careful and look after himself. I am starting to feel tired and weak, but I am determined to continue.

“I am here to call on the Americans and the Europeans to make the release of the hostages a condition of any agreement to renew the Iran nuclear deal.

“This has been going on for 40 years, and people are being thrown in jail with no evidence. There has to be an agreement that this will end.”
Rosen said he is concerned that Western countries are not taking Iran’s hostage-taking strategy seriously. “It is like herding cats. Each country seems to deal with its dual national hostages on its own,” he added.

“There is no sense of commonality, so they leave Iran to pick each country off. Something is missing here. The Iranians seem to be dividing and ruling.

“I decided to do this (campaign) two weeks ago. I am just an individual, and thought I might be a lone eagle, but it feels like a movement might be starting.”