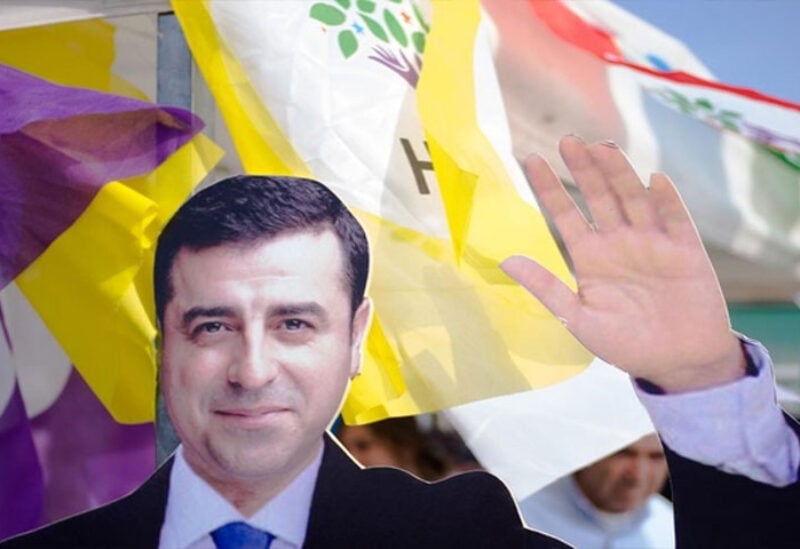 Former pro-Kurdish party leader Selahattin Demirtas has called on Turkish opposition to unite against rising oppression and moves to divide them, including a court case to ban his party.

Jailed since 2016 despite Western calls for his release, Demirtas told Reuters that opponents of President Tayyip Erdogan’s ruling AK Party (AKP) and his nationalist allies should agree shared democratic principles and form an alliance now rather than wait until elections scheduled for 2023.

“All parties which want to fight side-by-side for democracy must come together,” Demirtas said in reply to written questions from Edirne prison in northwest Turkey.

Speaking of his personal condition after 4-1/2 years in prison, Demirtas said he felt very well, strong and in good morale, with a clear conscience.

“We were abducted from our homes one midnight in an illegal way and turned into political hostages. For this reason we are proud,” he said. “Those who threw us here are in shame and distress. They have passed into the dirty pages of history.”

A Turkish court sentenced Demirtas last month to 3-1/2 years in prison for insulting the president. However, his main case continues.
He is being held on terrorism-related charges that he denies. The European Court of Human Rights (ECHR) has said his imprisonment is cover for limiting pluralism and debate, but Turkey has ignored its calls for his immediate release.

“The pressure, oppression and destruction is increasing each day. So, without waiting for an election, an actual democracy alliance from today would be very meaningful and valuable,” he told Reuters.

In 2019 local elections, opposition parties allied to win control of Turkey’s main cities and deal a blow to Erdogan. But opposition cooperation is fragile given the diverse secularist, nationalist and pro-Kurdish elements within it.

Demirtas’ Peoples’ Democratic Party (HDP), the third largest in parliament, has been targeted in a years-long crackdown in which thousands of its officials and members have been jailed and many of its lawmakers and mayors unseated.

It culminated last month when a case was filed to ban the HDP for alleged militant ties. The trial has not yet begun.

Demirtas said the move showed Erdogan and his AKP had cast aside its founding principles given his past opposition to party closures.
“They have neither goals nor targets, other than staying in power,” he said. “One of the aims of the closure case is to cause disputes within the opposition, to weaken and divide it. The opposition must not fall into this trap.”

Ankara accuses the HDP of links to Kurdistan Workers Party (PKK) militants, who have been waging an insurgency in mainly Kurdish southeast Turkey since 1984 in which more than 40,000 people have been killed.

The PKK is designated a terrorist group by Turkey, the United States and European Union. The HDP denies such ties.
Erdogan’s nationalist MHP allies, led by Devlet Bahceli, have repeatedly called for a HDP ban and Demirtas said his party was exerting increasing pressure.

The MHP “are taking advantage of the AKP’s dependence on them to try and seize control of the state and reshape it, but they will never succeed in this,” he said.

In the main case targeting Demirtas, he is accused of fomenting violent protests in Turkey triggered by a Daesh attack on the Syrian town of Kobani in 2014.

Erdogan has called the ECHR hypocritical for defending Demirtas, whom he called a terrorist.

But in the interview, Demirtas dismissed it as a political trial and said the AKP bore all the responsibility for the protests, which led to the deaths of 37 people. He faces up to 142 years in prison if convicted.

Reuters’ written questions were conveyed to him via the HDP and his lawyer and he responded orally to them, with his lawyer transcribing his answers.