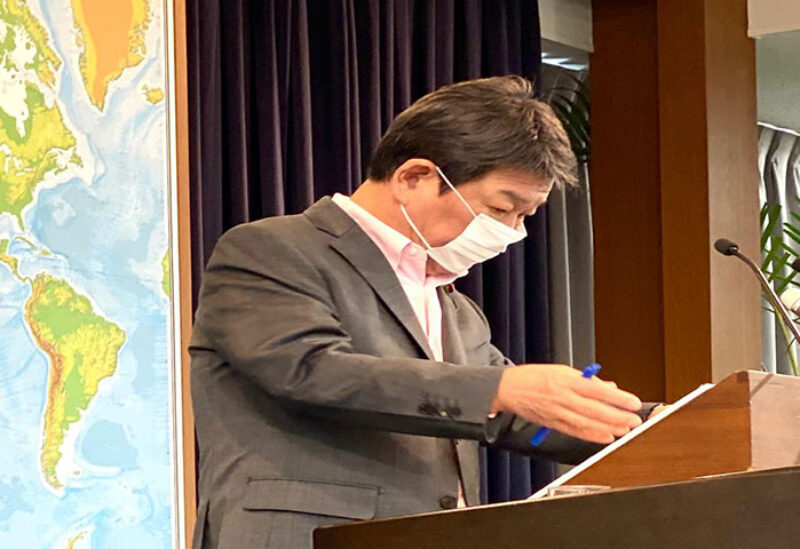 Japan’s foreign minister Toshimitsu Motegi warned in an interview published Friday that Tokyo could freeze all aid to Myanmar, as the military junta continues to use lethal force against opponents of its coup.

Japan is a top donor to Myanmar, and has already suspended new aid after the military ousted civilian leader Aung San Suu Kyi.

But Motegi, speaking to the Nikkei newspaper, said the freeze could be expanded. “We don’t want to do that at all, but we have to state firmly that it will be hard to continue under these circumstances,” he told the newspaper.

“As a country that supported Myanmar’s democratization in various ways, and as a friend, we must represent the international community and convey that clearly.”

Japan announced in March it suspended all support to impoverished Myanmar in response to the coup, though it has not imposed the individual sanctions on military and police commanders implemented by some other countries.

Motegi has said Japan is Myanmar’s largest provider of economic assistance, and Tokyo has long-standing relations with the country’s military.

According to the Nikkei, Japan provided $1.74 billion in development aid to Myanmar in fiscal 2019, more than any other country with disclosed figures. China’s aid figures are not public.

More than 800 people have been killed in Myanmar in unrest since the military ousted Suu Kyi in a February 1 coup.