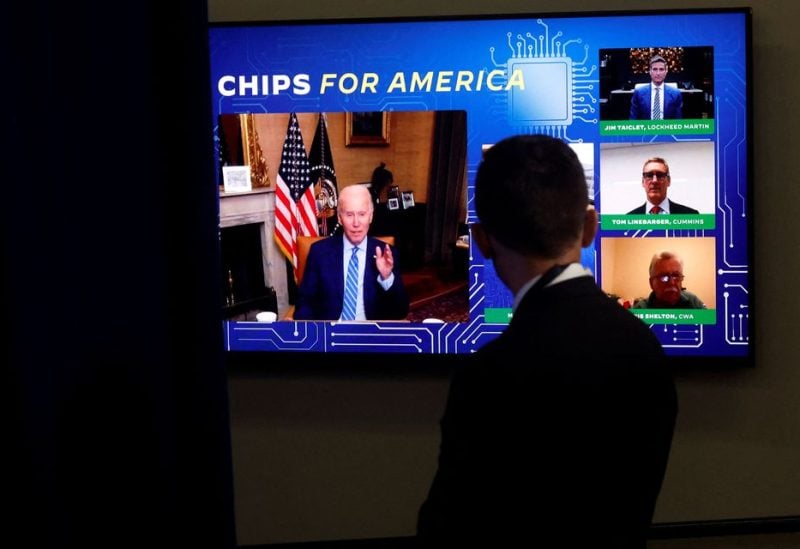 A White House press aide looks on as U.S. President Joe Biden, isolating following his COVID-19 diagnosis, appears virtually in a meeting with business and labor leaders about the Chips Act — relating to U.S. domestic chip and semiconductor manufacturing — in an auditorium on the White House campus in Washington, U.S., July 25, 2022 - REUTERS

According to persons familiar with the situation, Bloomberg News reported on Monday that Japan and the Netherlands have in principle agreed to join the United States in strengthening controls over the transfer of sophisticated chip-making machinery to China.

The Biden administration issued a number of restrictions in October with the intention of preventing the transfer to China of specific chips built with American equipment as well as chip-making technologies.

The new curbs may be announced in the coming weeks, according to the report.

Japan’s Ministry of Economy, Trade and Industry did not immediately respond to a Reuters request for comment, while a spokesperson from the Netherlands’ foreign affairs ministry declined to comment.