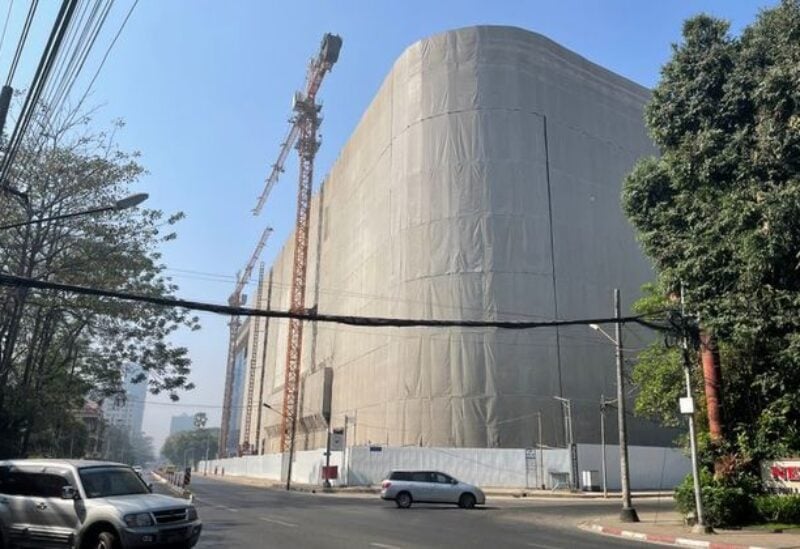 Six company and government officials told Reuters that a group of private Japanese companies and a Japanese state agency paid rent on a multi-million dollar hotel and office construction that eventually went to Myanmar’s defense ministry.

It is the first time Japan has acknowledged the project benefits Myanmar’s defense ministry, which is controlled by the military under the country’s constitution. The payments, starting in 2017, are not illegal but are potentially embarrassing for Japan given United Nations investigators have alleged human rights abuses by Myanmar’s military. Reuters could not determine how much rent was actually paid to the defense ministry.

Known officially as the Tatmadaw, Myanmar’s military is under investigation for genocide by the International Court of Justice over its offensive against Rohingya Muslims in 2017. The military seized control of the country in a Feb. 1 coup and has since detained the country’s elected leader and killed more than 261 protesters.

Myanmar’s defense ministry and the military junta could not be reached for comment. Myanmar’s army has said its action against the Rohingya were “clearance operations” targeting militants and the government has rejected accusations of human rights abuses and genocide as false. The junta has blamed the killings since the coup on protesters themselves, accusing them of arson and violence.

The Y Complex, built on army-owned land near the Shwedagon Pagoda in Yangon, is just one of many assets and projects linked to Myanmar’s military, which has ruled the country for the majority of the last 60 years.

The military controls two conglomerates with interests ranging from mining to banking. Some foreign investors have struck partnerships with the conglomerates over the past decade as Myanmar’s democratic government attempted to open the country’s economy.

Each party to the Y Complex deal told Reuters they thought the rent, which was paid by an intermediary, ultimately was going to Myanmar’s government, not the military.

Ryota Nagao, an official at the international policy division of Japan’s land ministry, which approved the state agency’s investment, said the ministry had judged the project was not dealing with the military “directly or indirectly” because the defense department was a government ministry. He declined to comment on the fact that Myanmar’s defense department is controlled by the military, under the country’s 2008 constitution, drafted during previous army rule.

Japanese construction company Fujita Corp said in a press release in 2017 that the Yangon project, converting a former military museum into a complex of swanky offices, shops and a five-star hotel, would cost $330 million.

Fujita, property manager Tokyo Tatemono Co and Japan’s state investment firm JOIN, which is overseen by Japan’s land ministry, told Reuters they formed a consortium that paid rent on the land the complex is built on. The state-owned Japan Bank for International Cooperation (JBIC) said in 2018 it was taking part in financing the project.

Fujita, Tokyo Tatemono and JOIN declined comment on how much rent has been paid and how much ended up with the Myanmar defense ministry.

Chief Cabinet Secretary Katsunobu Kato, the Japanese government’s most senior spokesman, acknowledged the involvement of JOIN and JBIC in the Y Complex project, through a special purpose company. In response to Reuters questions, he said it was his understanding that neither entity had a direct business relationship with Myanmar’s military.

Fujita initially said the project would be finished in 2020. Construction was suspended after the coup due to concerns over worker safety, said JOIN, which is 95% owned by the Japanese government. Representatives of each of those parties told Reuters the rent payments were made via its local partner Yangon Technical and Trading (YTT), a subsidiary of privately held Myanmar conglomerate Ayeyar Hinthar which has interests in agriculture, banking, healthcare and property.

Kyi Tha, a YTT official, said that the site is being leased by the defence ministry and that the ultimate beneficiary is the Myanmar government. He said no special steps had been taken to assess the Myanmar military’s human rights record. That is not a requirement under any laws or regulations.

Chris Sidoti, who has researched the Myanmar military’s economic interests for the United Nations, said Y Complex was the only example he had found of a military-linked project involving foreign government entities.

Each of the Japanese state entities and companies declined to comment on the terms of the deal, which was approved by Myanmar in 2017. A trove of purported official Myanmar records leaked last month and posted online by Distributed Denial of Secrets (DDoSecrets), which describes itself as a whistleblower website, indicates the rent on the complex amounts to about $2 million a year over 50 years. Reuters could not independently verify the terms of the deal, or how much the military is set to actually receive.

Documents on the DDoSecrets website show a project company controlled by the Japanese investors, Y Complex Company, agreed to pay $1.8 million out of a total $2.2 million in rent payments to the defense ministry, via an intermediary account, each year from 2019. The remainder was to be paid by YTT, according to the documents. For 2017 and 2018, called the construction phase, the project company agreed to pay a lesser amount of $500,000 out of $573,160 in annual rent, documents show. Reuters could not determine how much rent has actually been paid to the defense ministry.

JOIN, Fujita and Tokyo Tatemono paid $1.8 million in rent in 2019 for the project, according to the audited accounts of a Singapore holding company formed by them for the Y Complex scheme. The filing made to Singapore’s companies regulator does not say to whom the rent was paid. Each of the three companies which formed the entity declined to comment on the figure.

Japan is the world’s fifth-largest investor in Myanmar, putting $1.4 billion into the country over the past five years, according to Myanmar’s Directorate of Investment and Company Administration. Japanese officials have said the country’s ties with Myanmar, which also include aid donations, academic exchanges and medical and disaster relief training for its military, help counter China’s growing influence in the region.

Revelations about economic ties to Myanmar’s military may put more pressure on Tokyo and Japanese companies to drop them, according to human rights groups. Last month, days after the coup, Japanese brewer Kirin axed a beer venture with Myanmar Economic Holdings Ltd, one of two conglomerates owned by the Myanmar military, saying it was “deeply concerned” by the military’s recent actions, referring to the coup, which it said were against its standards and human rights policy.

“This will have severe reputational implications for not just JOIN and JBIC, but for Japan as a country,” said Akira Igata, a national security expert at Tama University. “Japan is at risk for being perceived as a country that will continue doing business with human rights violators.”

Justice for Myanmar, Human Rights Watch and other pressure groups on Feb. 17 asked a United Nations’ human rights body to investigate Y Complex’s ties to the military. A spokeswoman for the U.N. human rights working group said it had received the petition, but declined further comment.

Yoshihiro Kubo, an official who handles Myanmar business for JOIN, declined comment on the future of its involvement in Y Complex. He described the situation as “painful and difficult” but did not elaborate.

Japan’s finance ministry, which supervises JBIC, directed questions to JBIC. JBIC said its loans for the project comply with Japanese laws and global sanctions, and that it was monitoring the situation in Myanmar.

JBIC said in a 2018 press release that Japanese banks Mizuho Bank and Sumitomo Mitsui Banking Corp would also provide loans to the project. Both declined comment.

Fujita and Tatemono both said in emailed statements that they will “keep an eye on the situation” while considering future measures.