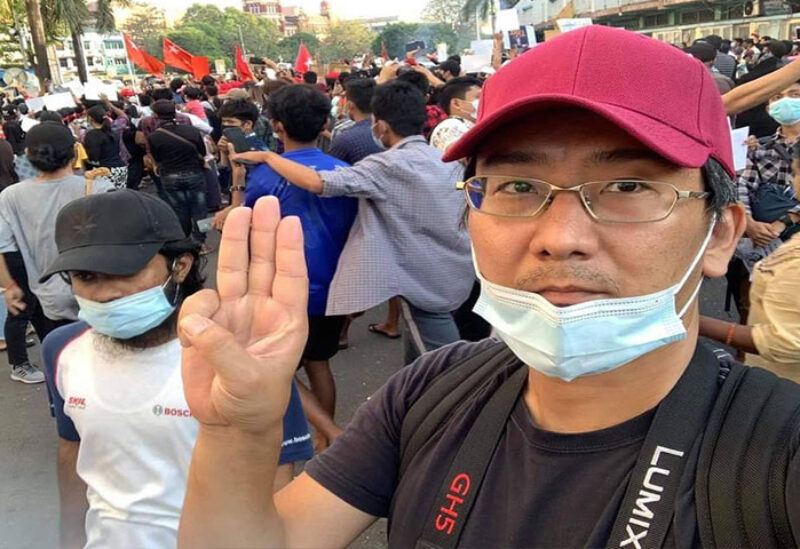 Myanmar authorities detained a Japanese journalist in Yangon on Sunday evening, Japan’s government said on Monday, adding that it was trying to seek his release.

BBC Burmese quoted a witness as saying freelance journalist Yuka Kitazumi was picked up from his home and taken into custody by troops on Sunday night. He was asked to raise both hands and was taken away in a car, it said.

Japan’s government spokesman described the journalist as a man in his forties, without naming him.

“We are seeking, from Myanmar, his quick release, and we are trying to secure the safety of Japanese nationals,” Chief Cabinet Secretary Katsunobu Kato told a news conference, adding that the government was seeking details on the circumstances surrounding the journalist’s detention.

A spokesman for the junta did not respond to calls asking for comment.

Kitazumi runs a media production company, Yangon Media Professionals, and used to be a journalist with the Nikkei business daily, according to his Facebook page and interviews with online media.

He was arrested previously in February while covering protests against the Feb. 1 coup but was released soon afterwards.

According to the Assistance Association for Political Prisoners activist group, 737 people have been killed by security forces since the coup and 3,229 remain in detention.