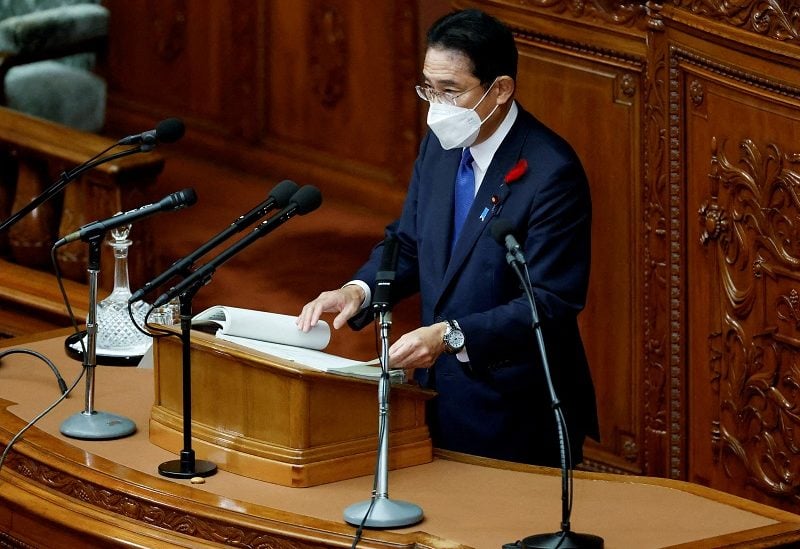 Before leaving, Kishida said he hoped to update a 2007 bilateral security pact during talks with Australian Prime Minister Anthony Albanese in the western city of Perth.

The pact committed Japan and Australia to regional as well as international peace and stability. At the time, Tokyo and Canberra agreed to cooperation on counterterrorism and rebuilding Iraq after the 2003 war.

Following elections in May of this year, Albanese highlighted the importance of Australia’s relationship with Japan when he flew to Tokyo within hours of being sworn in as prime minister
The two leaders will likely seek revisions to a separate agreement that allows for joint military exercises in their two countries, officials said.

That agreement was struck in January with then-Australian Prime Minister Scott Morrison and is seen as fortifying security ties as a counterbalance to China’s growing military strength.

Japan has also recently expanded military cooperation with other partners beyond its main ally, the US.

Tokyo is also keen to join the so-called Five Eyes alliance, an intelligence-sharing initiative between Australia, Canada, New Zealand, the United Kingdom, and the US.

Kishida believes his country’s expertise and insights into Beijing’s intentions would be valuable to the intelilgence alliance.
Japanese media said Kishida would also sign a deal to secure stable supplies of liquified natural gas (LNG), along with rare earths and other materials from Australia.
Japan already relies on Australia for nearly 40% of its LNG and is keen to shore up supplies due to market disruptions caused by the Ukraine war.

Tokyo is also a major importer of Australian coal to help power its high-tech manufacturing economy.

Japanese officials also noted the significance of Kishida’s meeting in Perth, the capital of Western Australia state, whiere most of the country’s LNG is exported from.

During the trip, Kishida is set to visit a green energy facility and hold talks with Japanese and Australian business representatives as well as Japanese expatriates in the country.
Japan and China remain at odds over disputed islands in the East China Sea, while Beijing’s threatening rhetoric over Taiwan, which China considers its territory, continues to alarm both countries and the international community.

Chinese-Australian relations took a nosedive two years ago when Beijing placed sanctions on Australian coal and pork after Canberra called for an international probe into the coronavirus pandemic, which originated in China.

Concerns about China’s growing influence heightened when, early this year, Beijing signed a security pact with the Solomon Islands that raised fears of a Chinese naval base being established on the South Pacific.