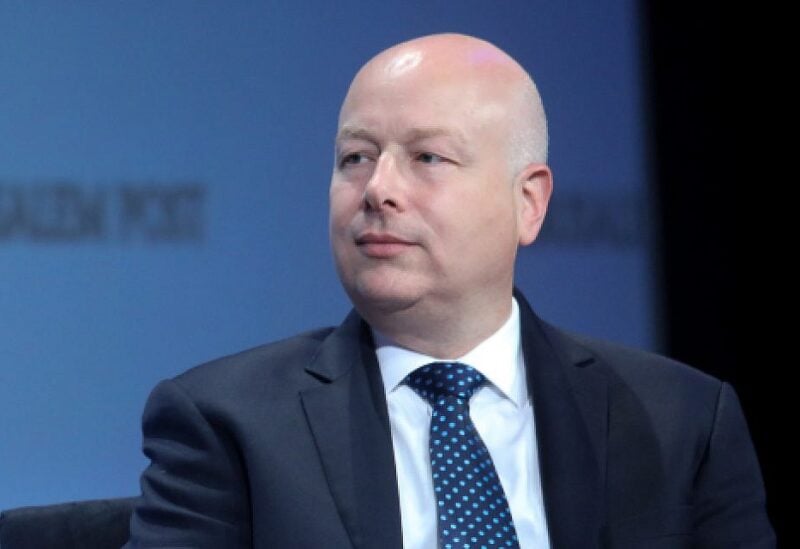 Greenblatt was a reacting to an earlier The Washington Post commentary which claimed that the Kingdom’s interests “often run counter” to the US and “have often complicated them, especially in recent years.”

“This is surprising, since one of the greatest threats faced by the United States today is Iran’s nuclear and hegemonic ambition. On that front, the Kingdom worked hard with the Trump administration to assist us in protecting US national security interests and the interests of our allies,” Greenblatt wrote.

“The Biden administration appears to be taking a different, misguided and unfortunate approach with the Iranian regime, which might cause the Kingdom and others most at risk to seek alliances elsewhere.”

Another Trump-era senior official, former US Secretary of State Mike Pompeo, earlier scolded the new US administration for refusing to put America first, especially with its softened approach with Iran’s nuclear program.

“This connotes weakness and, I promise you, the Iranian leadership understands how to drive a truck through American weakness,” Pompeo told Arab News.

Greenblatt emphasized that the “critical voices regarding the Iranian threat are those in the Middle East itself.”

“Instead, the US is now placing some European nations on the highest pedestal of influence when it comes to Iran,” he wrote.

“These European nations are not at risk from Iran in the same way our Middle East allies are. Some of these European nations act purely out of naked economic self-interest, irrespective of the security concerns of the United States and our allies. That is their right, but let’s at least candidly acknowledge that.”

The former envoy said that the Kingdom and its leadership, particularly Crown Prince Mohammed bin Salman, have been ally, friend and partner to America’s regional interests.

“Based on my extensive experience with the crown prince and those who work closely with him, the crown prince serving in that leadership role would greatly benefit the people of Saudi Arabia, the United States and our other allies in the region – including our most important regional ally, Israel,” Greenblatt wrote, dispelling the Washington Post commentary’s criticism that the relationship with Saudi Arabia was bigger than any one individual.

“Politics, diplomacy and so much else in life is not just black and white. Unless we behave and speak in a nuanced manner and recognize the differences we may have with our friends, partners and allies, while also understanding that we will only move our societies forward if we work together where we can and respect each other, we will fail to achieve the progress we strive for,” Greenblatt wrote.