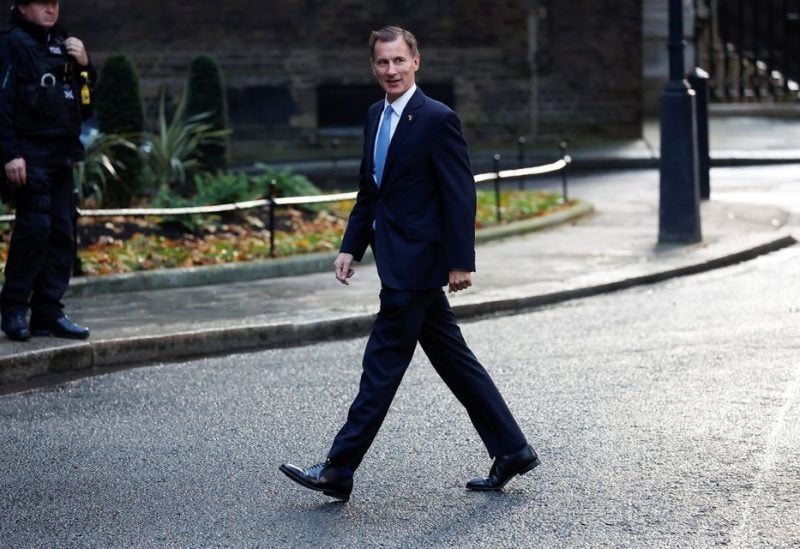 British Chancellor of the Exchequer Jeremy Hunt arrives for a Cabinet meeting on Downing Street, as a new prime minister is expected to be announced, in London, Britain, October 25, 2022. REUTERS/Peter Nicholls

New British Prime Minister Rishi Sunak has announced that he wants Jeremy Hunt to continue as finance minister, according to Sky News.

Sunak’s office did not immediately respond to a request to confirm the report.