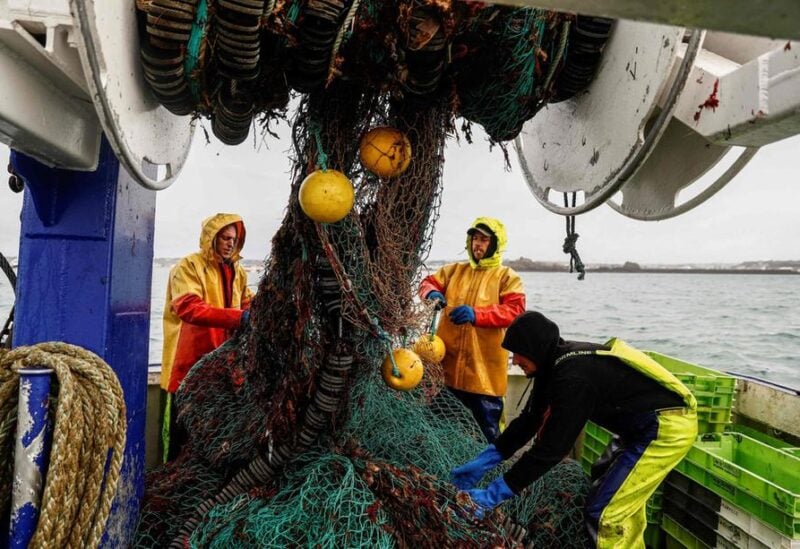 Two British Navy ships dispatched to Jersey as part of a bitter post-Brexit fishing row with France were expected to return to port on Friday but the wider dispute remains unresolved.

The standoff over fishing rights led to the crews of about 50 French trawlers protesting at Jersey’s main port on Thursday and withdrawing later in the day. France and Britain sent two naval ships to the island, which as a self-governing dependency relies on the UK for defence.

Citing a senior government source, The Times said UK Prime Minister Boris Johnson and French President Emmanuel Macron are expected to hold talks in the coming days in an effort to repair the damage ahead of the G7 summit next month. However, a source said that no talks were imminent.

France is unhappy with new rules governing access to Jersey’s waters since the UK’s departure from the EU.

“The show of force is over, now it’s politics that has to pick up the baton,” said Dimitri Rogoff, president of the fishing association in the French Normandy region.

Jean-Luc Hall, head of the National Fishing Committee in France, warned of further protests in the future.

“It was a symbolic action to show our muscle and determination,” he said. “If things aren’t quickly solved, they’ll do it again.”

“We are pleased that French fishing boats have now left the vicinity of Jersey,” the UK government said.

“Given the situation is resolved for now, the Royal Navy offshore patrol vessels will prepare to return to port in the UK. We remain on standby to provide any further assistance Jersey requests.”

There was anger earlier this week when France’s Maritime Minister Annick Girardin suggested her government could cut the undersea lines that supply 95 per cent of Jersey’s electricity.