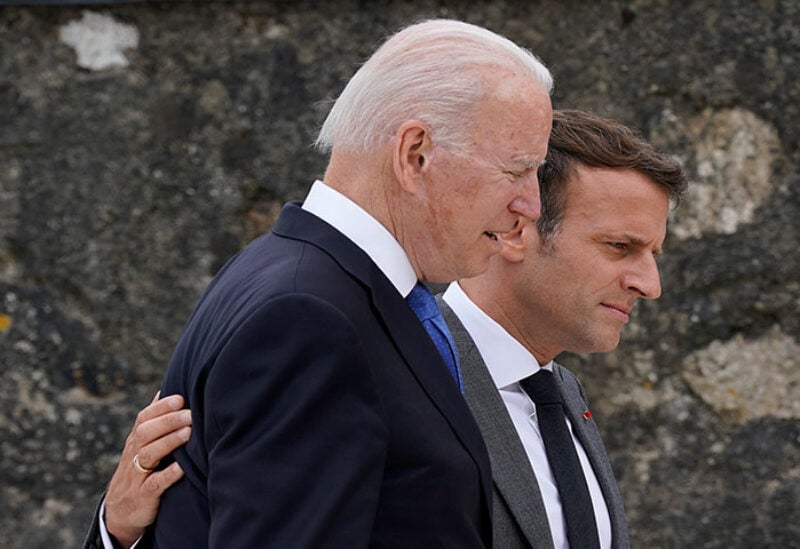 In a visit that aims at underscoring the deep and enduring relationship between the United States and France, President Joe Biden will host his French counterpart Emmanuel Macron at the White House on December 1 for the first full-scale state visit of his administration, Press Secretary Karine Jean-Pierre said Monday.
State visits, which feature more pomp and ceremony than the frequent bilateral meetings hosted by US presidents for foreign leaders, have not taken place so far during Biden’s presidency, which Jean-Pierre attributed to Covid pandemic restrictions.

Asked why Macron had been chosen for the honour ahead of other US allies, Jean-Pierre said “we deeply value our relationship with France.”
The link between the two countries is “founded on shared democratic values, economic ties, and defense and security cooperation,” she said.

Relations between Paris and Washington hit a major crisis last year when Australia abruptly announced it was ditching a contract to buy conventional French submarines in favour of a US nuclear-powered submarine deal.

The US-Australia deal was part of the newly launched AUKUS security partnership, also including Britain, which Washington sees as part of its strategy to contain China in the Asia-Pacific region.

However, the French government was furious, accusing Australia of “lying” and recalling its ambassadors to Canberra and Washington.

However, tensions have since smoothed over, with Macron emerging as a key European partner for Biden in the response to Russian President Vladimir Putin’s invasion of Ukraine and the unprecedented Western effort to help Ukrainian troops.

A source in the French presidency said the visit, culminating with a state dinner, will “underline the deep and enduring relations,” including on “close cooperation in defense and security areas.”

Biden and Macron met most recently at the United Nations General Assembly last week in New York and have also had “multiple conversations” over the last year and a half, Jean-Pierre said.