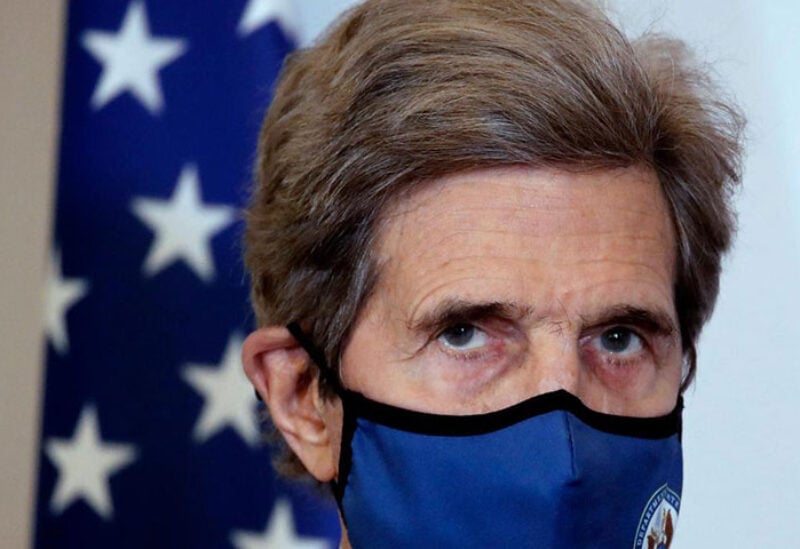 US climate envoy John Kerry used a visit to Europe to reassure people they would not have to eat less meat or lower their quality of life to reduce carbon emissions.

Mr Kerry is on a trip to Italy, Britain and Germany as preperations gather pace for November’s Cop 26 climate change summit in Glagsow.

While in Italy, he attended an audience with Pope Francis and revealed the pontiff was planning to attend the Cop26 talks.

Before moving on to Britain, Mr Kerry raised eyebrows by suggesting that half of the necessary emissions cuts would be achieved by futuristic technology that does not yet exist.

“We know how to invent and innovate, and we’re going to put every effort we have into making this transition happen as fast as possible.”

Asked whether Joe Biden’s administration would have to tell people to eat less meat, Mr Kerry responded: “Not necessarily”.

“I think there’s a false choice here … you don’t have to give up a quality of life to achieve some of the things that we know we have to achieve.”

Mr Kerry did not commit when asked whether the US would agree to phase out all coal-fired power stations if Britain proposed it at the Cop26 summit.

His Europe trip is due to end on Wednesday, but climate diplomacy will continue with a virtual meeting of G7 environment ministers on Thursday.

Mr Kerry will take part in that meeting along with Germany’s Ms Schulze and UK Environment Secretary George Eustice.

The US – which is responsible for 11 per cent of the world’s greenhouse gas emissions – wants to reduce emissions over the next decade by 50 to 52 per cent, Mr Kerry said.

Another 20 developed countries are responsible for 73.75 per cent of emissions, he added.

It comes after Mr Kerry met the Pope during his visit to Italy on Saturday and hailed the pontiff as a moral leader on climate change.

“The Pope is one of the great voices of reason and a convincing moral authority on the issue of the climate crisis,” Mr Kerry told the Vatican’s information portal.

“We need everybody in this fight. All the leaders of the world need to come together and every country needs to do its part.

“I think that his voice will be a very important voice leading up to and through the Glasgow conference, which I believe he intends to attend.”