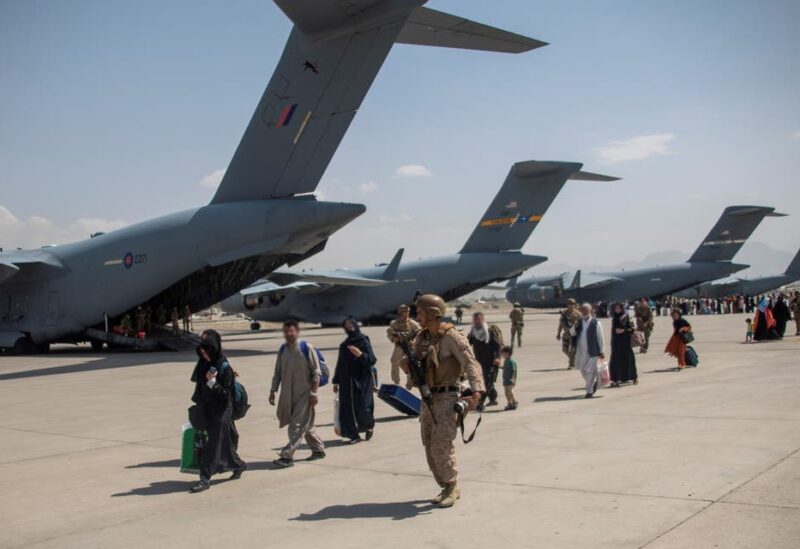 Families begin to board a US Air Force during an evacuation at Hamid Karzai International Airport, Kabul,

Britain’s prime minster says the “overwhelming majority” of people eligible to come to Britain have been evacuated from Afghanistan, but time is running out on the airlift.

He said that “in the time we have left, which may be – as I’m sure everybody can appreciate – quite short, we’ll do everything we can to get everybody else.”

US forces are due to leave the airport by Aug. 31, and other countries’ missions will have to wrap up before then.

Visiting a military base in London where the British evacuation effort is being coordinated, Johnson said Britain hoped to continue evacuations after the end of the month, and urged the Taliban to facilitate it.

Johnson said “the safe passage for those who want to come out is the key precondition” for development aid and access to international funding for Taliban-ruled Afghanistan.