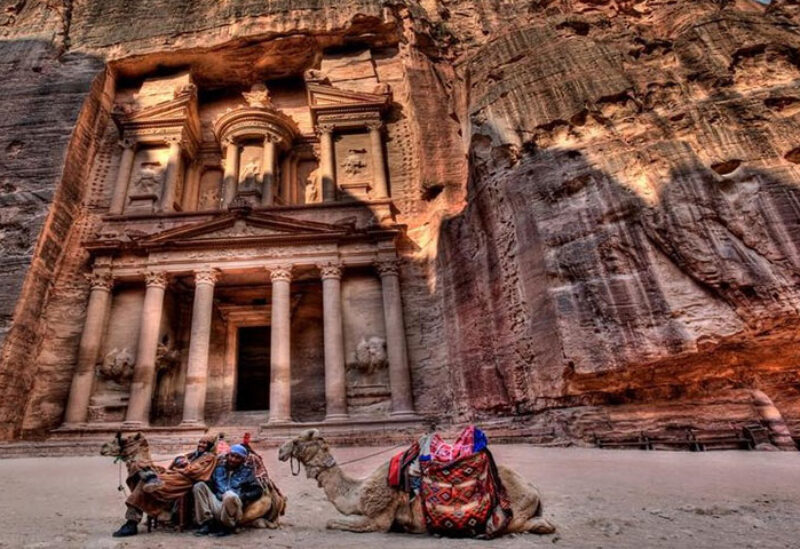 Jordan is planning to create a virus-free “golden zone” were all tourists entering Wadi Rum, Petra and the Dead Sea must have been previously vaccinated.

Sakher Dudin, Minister of Communications and Media Affairs, told local media that travel into the zone will be restricted.

“Once everyone is vaccinated it will be necessary that all those entering must have been previously vaccinated, and the rule will apply to tourists as well as local suppliers and tourism staffers, he added.

Imad Hijazeen, secretary-general of the Ministry of Tourism and Antiquities, told Arab News that the health ministry will ensure that the idea works and is safe to all concerned.

“We need to have clear protocols and guidelines to ensure the safety of both tourists and tourism personnel,” he said.

Dudin said the government will slowly begin easing movement restrictions “to help people economically and to get to a safe summer. We are working with all partners to ensure the implementation of unified regional protocols to ensure the safety and ease of movement of tourists and citizens.”

Hanna Sawalha, owner and general manager of Nebo Tours, welcomed the idea and called for all parties to work together to ensure its effectiveness.

“We need everyone to pitch in and work together to vaccinate all the people who live in the area and those tourism workers who are in regular contact with tourists, including restaurant staff, drivers, tour guides, and those who supply hotels with food and other essentials,” Sawalha said.

The government spokesman’s optimism appears to ignore a dangerous spike in coronavirus infections and deaths.

However, Dudin admitted that the situation is difficult, saying that hospitals in Amman and the center of Jordan are approaching dangerous levels.

“Our ICU beds are 76 percent occupied and this is a red flag that is of major concern,” he said in a radio interview.

Tourism, which was badly hurt due to the pandemic, is one of the major sources of revenue for Jordan. According to data from Jordan’s central bank, the country’s tourism revenues hit $5.8 billion in 2019.

Dudin expects that by the end of March, Jordan will obtain plenty of vaccines to carry out this operation.

“We expect that by the end of this month we will have 3 million doses of vaccines, and if we work hard we should get to the summer with a much better health situation,” he said.

Jordanians are being inoculated at the rate of 20,000 a day and Dudin believes that the medical teams can deliver as many as 50,000 jabs a day.

Already, 753,000 people have registered to be vaccinated.

Jordan is expecting to obtain 10 million doses of vaccine to inoculate 5 million people.

The country’s population, including multi-country refugees, is 10 million. The median age in Jordan is 23.