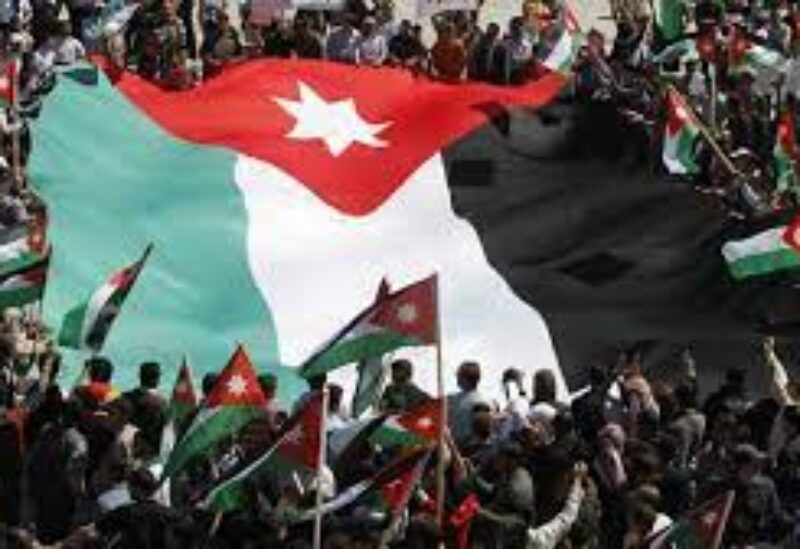 Jordanian riot police broke up protests in Amman after demonstrators defied Covid-19 measures to mark the 10th anniversary of the Arab uprisings.

Police in Amman handcuffed several people who defied a government ban on protests and rounded up others who approached the Dakhiliya roundabout, witnesses said. There was a heavy security presence and dozens of anti-riot vehicles encircled the major junction to stop any gathering.

“This is Jordanian democracy,” one of the protesters shouted. Other activists demanded an end to emergency laws introduced with the Covid-19 pandemic last year.

Witnesses said small protests were broken up in several cities across the country and prominent activists were arrested.

Jordan’s disparate opposition groups called for a large demonstration at Dakhiliya roundabout, the site of protests in 2011 demanding reforms as the Arab uprisings swept across the region. Those protests turned violent, and one protester was killed and dozens injured in clashes between demonstrators and police.

What followed were several years of pro-democracy protests led by Islamist groups as well as tribal and leftist opposition movements that sought to place limits on King Abdullah’s powers.

The government this month used tear gas to break up nationwide protests after hundreds of demonstrators took to the streets over extended pandemic curfews and deaths at a hospital caused by an oxygen shortage.

Interior Minister Mazen Al Faraya said the country would not tolerate protests that would worsen the health crisis.

Despite the protests, King Abdullah enjoys solid public support and the king acts as a unifying force among Jordanian tribes and Jordanian Palestinians.

Politicians worry that economic hardship caused by the pandemic could reignite civil unrest in Jordan.

“I ask everyone to deliver a message of right to Jordanian citizens and not let them be affected by people inside, and some outside, who are not comfortable with the Jordanian political position,” he said.