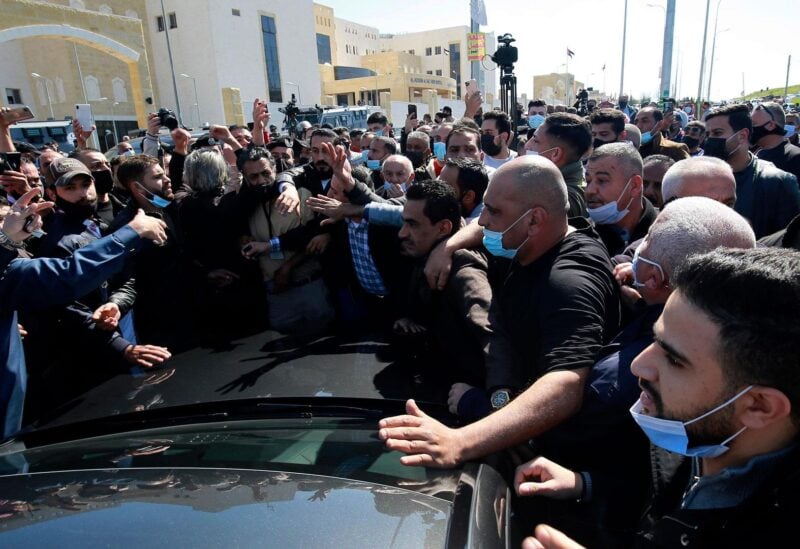 Two months ago, retired civil servant Mohammad Hadidi was admitted by his son to the emergency ward in Al Salt public hospital, in central Jordan, with severe chest pain.

“There was only one doctor, a nurse and no medicine,” he said. With a blank face, he recalled how he survived negligence, only for his son to die for the same reason.

Youssef Al Hadidi, an employee of the health ministry’s contagious diseases department, was among at least eight Covid-19 fatalities linked to an oxygen outage at the hospital at the weekend that has sparked widespread anger, forces out the health minister and led to the intervention of King Abdullah.

“We are paying the price of incompetence,” said Mohammad Al Hadidi, a retired government employee. His son Youssef was also one of those who died on Saturday.

“We have qualified people in Jordan, but all these employees were hired because of wasta,” or nepotism, he said. He watched, with emotionless eyes, as his son’s body was washed and placed in a minivan for burial in the hilly region overlooking the Jordan Valley, 20 kilometres north-west of Amman.

The patients died on Saturday after the hospital’s supply of medical oxygen cut out.

On Sunday, construction work was still being carried out on the large, newly built complex, which is the main government medical centre in Al Salt.

It has a training ward for medical students and is perched on a hill overlooking religious sites in Jordan and the West Bank.

Al Salt has a population of 90,000 and is home to several influential Jordanian clans.

The Royal Palace said the king fired health minister Nazir Obeidat and the hospital manager after the incident.

Mourners prayed around his body at a mosque adjacent to the burial ground. His turn was preceded by prayers for another man who also died of Covid-19. The body of another coronavirus patient was taken into the mosque after Hadidi’s was taken from it.

“His 70th birthday would have been tomorrow,” one relative said, weeping in front of the slender body placed on the floor of the van before it was taken to its final resting place