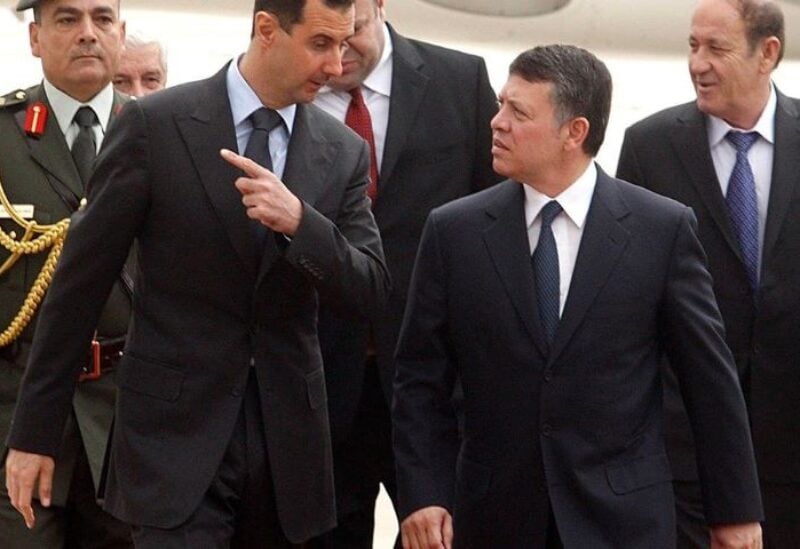 In a first open communication in a decade since the Syrian civil war erupted, Syrian President, Bashar Al-Assad, and Jordanian King, Abdullah II, held a phone conversation on Sunday
In a statement by the Jordanian Royal Palace, it announced that the leaders “discussed relations between the two brotherly countries and ways of enhancing cooperation.”
The call comes amid the rapidly warming ties between Amman and Damascus recently, following years of Jordan’s condemnation of the Assad regime’s brutal crackdown on the Syrian revolution since 2011.
Having been the first regional neighbour to have cut ties with Assad back then, it also backed the opposition in the early years of the revolution and served as a base of operations by Western intelligence agencies and forces against the terror group, Daesh.
Ever since Syrian forces—with the help of their allies, Russia and Iran—recaptured most of the country over the past few years, Arab states in the region, such as Egypt and Jordan, have renewed their ties with the regime.
Last week, Jordan fully reopened its main border crossing with Syria and, last month, the flagship airline, Royal Jordanian, announced the resumption of direct flights to Damascus. Amman has also joined efforts to support Damascus’s return to the Arab League.