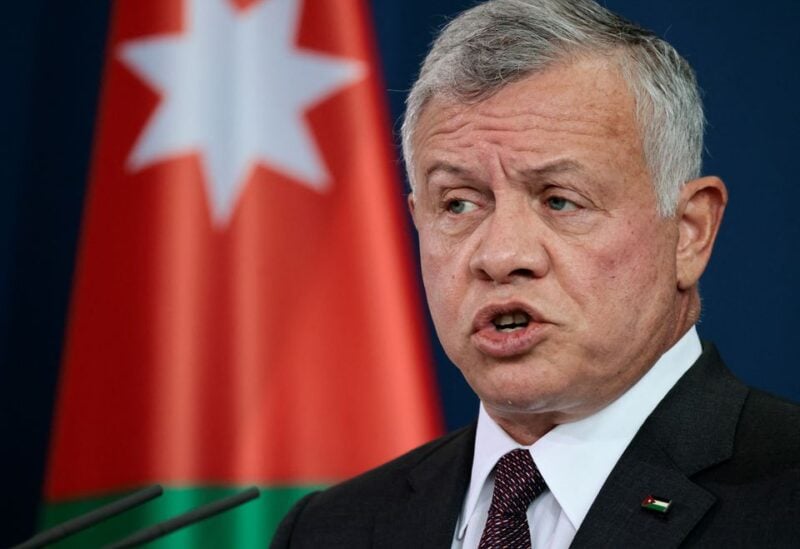 King Abdullah “stressed the need to find a political horizon to achieve a just, comprehensive and lasting peace” with the Palestinians, according to a statement from the Jordanian Royal Court.

He stressed that Palestinians should be part of US-sponsored regional economic projects to underpin stability in the Middle East.

He also asked that Israel work to maintain calm in Jerusalem and its holy sites, a frequent flashpoint for violence with the Palestinians.

He reiterated that a Palestinian state was essential to reach lasting peace between Arabs and Israelis.

According to the Royal Court, the meeting is a step taken by the King to “build on US President Joe Biden’s recent visit to the region.”

Informed Jordanian sources told Asharq Al-Awsat that the King is seeking through meetings with Israeli leaders to “identify the features of the post-election phase in Israel and try to effectively support the opportunity to return to negotiations to advance the peace process.

The sources affirmed that King Abdullah will meet with active and influencing Israeli political leaders in the coming weeks to help revive peace in the upcoming period.

A statement from Lapid’s office said he discussed with King Abdullah recent regional changes, an apparent reference to ties that have improved between Israel and several Arab nations in recent years.

They talked about how to deepen bilateral cooperation, including in renewable energy projects, tourism, food security and agriculture, as well as transport.

King Abdullah had underscored during his meeting with Abbas the importance of the joint Jordanian-Palestinian action at various levels to build on diplomatic activity in the region ahead of the United Nations General Assembly in September.

He said Amman is keen to underline the significance of the Palestinian cause before the international community.