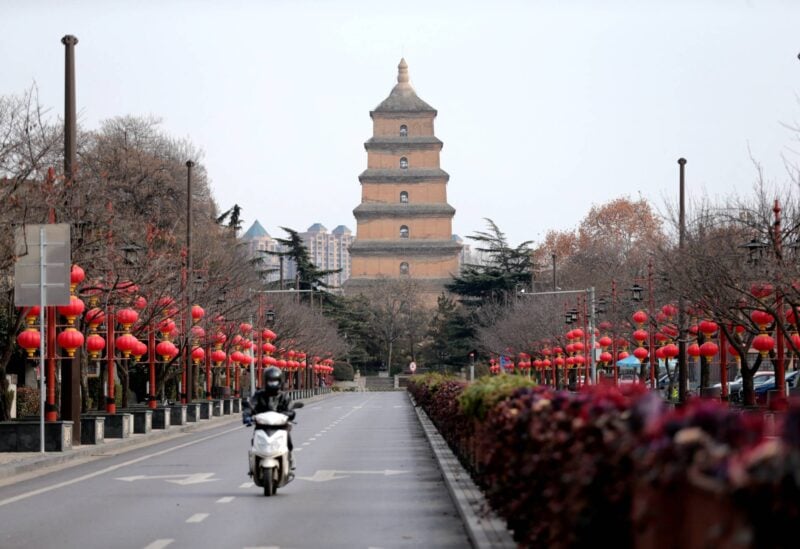 A rider travels on an empty road following lockdown measures to curb the spread of the coronavirus disease (COVID-19) in Xian, Shaanxi province, China December 26, 2021. Picture taken December 26, 2021. cnsphoto via REUTERS ATTENTION EDITORS - THIS IMAGE WAS PROVIDED BY A THIRD PARTY. CHINA OUT.

On Wednesday, a 13-million-strong lockdown in the Chinese city of Xian reached its seventh day, with many residents unable to leave their homes and depending on delivery of essentials as fresh COVID-19 infections persisted.

For Tuesday, Xian reported 151 domestically transmitted diseases with verified symptoms, accounting for virtually all of the 152 cases statewide, increasing the total number of local Xian cases to nearly 1,000 between December 9 and December 28. So yet, there have been no reports of the Omicron variety in the city.

While the Xian outbreak is small compared with outbreaks in many other places around the world, officials have imposed tough curbs on travel within and leaving the city from Dec. 23, in line with Beijing’s drive to immediately contain outbreaks as they appear.

People in the city have not been allowed to leave town without clearance from their employer or community authorities.

A 32-year-old mechanic went to Xian on a business trip and had planned to leave last week, only to find he had to stay for longer after local community officials refused to grant the certificate to clear his departure.

That means he has missed his wife’s birthday and might be forced to spend the New Year in Xian. “I just want to go home,” he told Reuters on condition of anonymity.

Since Monday, the Xian government has suspended granting permission to people seeking to leave their homes to buy essentials, as epidemic containment measures rose a notch.

The city said in-person shopping could be resumed for people in less risky areas once mass testing returned negative results, without saying exactly when stay-at-home orders would be lifted.

The measure stirred complaints on social media from some residents about the uncertain access to fresh produce.

A 23-year-old student in Xian, also speaking on condition of anonymity, said his family had received one free package of vegetables delivered to his home since the shopping restriction, and has not yet been told when the next batch will arrive.

There was no choice on what was delivered, but the package included the most common groceries: “Although I do crave certain food, there is no disruption to my daily life.”