Kabul on high alert amid ‘deadline’ for U.S. troop withdrawal from Afghanistan 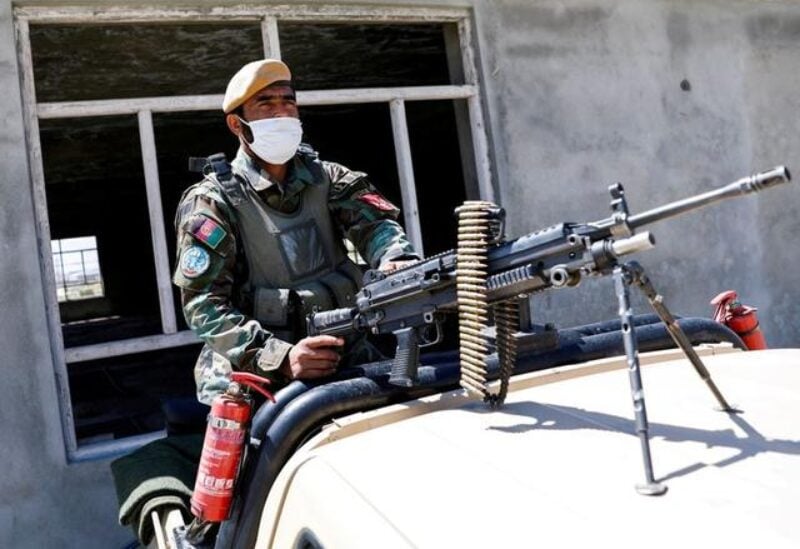 An Afghan National Army soldier sits on a back of an army vehicle at a checkpoint on the outskirts of Kabul, Afghanistan April 21, 2021. REUTERS

Kabul security was mobilized on Saturday as the capital of Afghanistan braced for reaction from the insurgent Taliban as U.S. troops still present under President Joe Biden’s orders, beyond the May 1 withdrawal deadline agreed in 2020 with the Trump administration.

A scaled up military presence and security at checkpoints were visible in Kabul city, and a security source said the Afghan capital had been placed on “high alert”. Military patrols and security were being increased in main cities around the country, the source reported.

Under the Trump administration’s February 2020 deal with the Taliban, foreign troops were to withdraw from the country by May 1 while the Taliban held off on attacking foreign forces and bases. But last month, U.S. President Joe Biden announced after reviewing the situation that troops would stay in the country for months beyond May, withdrawing by Sept. 11.

Violence against Afghans has escalated starkly in recent weeks, with over a hundred Afghan security force personnel killed. On the eve of the previously agreed withdrawal deadline, a huge explosion in eastern Logar killed dozens as they broke their fast during the holy Islamic month of Ramadan. It was not clear who perpetrated the attack.

The Taliban responded to the Biden administration’s move with fiery rhetoric and threatened consequences, boycotting a crucial conference in Turkey scheduled for last month that had been planned to help jumpstart stalling Afghan peace talks in Doha.

Since then contacts have been maintained, official and Taliban sources say, in a bid to try to get the Taliban back to negotiating table and agree to the extended foreign troop presence.

As of Saturday it was unclear whether concrete progress had been made and there had been no announcement on an extension.