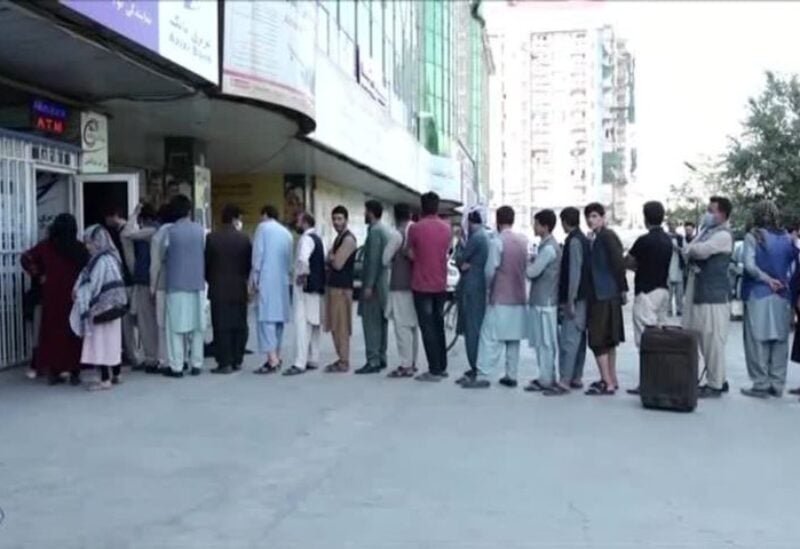 Residents of Kabul stood in queues in front of banks eager to withdraw cash on Wednesday as financial agencies were set to reopen in the Afghan capital city.

Many banks and other financial institutions shut on August 15, just before Afghan President Mohammad Ashraf Ghani fled and the Taliban arrived in the capital. On Tuesday, Taliban spokesman Zabihullah Mujahid said normal life would return in Kabul and the banks would reopen by Thursday.

A small number of banks resumed operations on Wednesday, but only cash withdrawals were available. At the same time, banks have imposed strict limits on the amount of cash that can be withdrawn, with only about 17,000 Afghanis, or around $200 US, allowed to be obtained per person each day.

“The security is better in Kabul, there is no serious security problem. But the big problem I’m facing is that I do not have a job — I’m in poor economic situation and I cannot withdraw my money here from this bank. So I’m faced with a lot of difficulties,” Abdul Ahad, a Kabul resident, said.

Outside a branch of Azizi bank, one man said the facility was yet to open and that he was running out of money to meet his daily needs.

Prices of staples like flour, oil and rice have risen by as much as 10 percent to 20 percent since the Taliban seized control of the country. With banks still closed, many people have been unable to access their savings. With Western Union offices also closed, remittances from overseas have also dried up.