Kabul: US to withdraw from Afghanistan, only after Taliban cuts ties with terrorists. 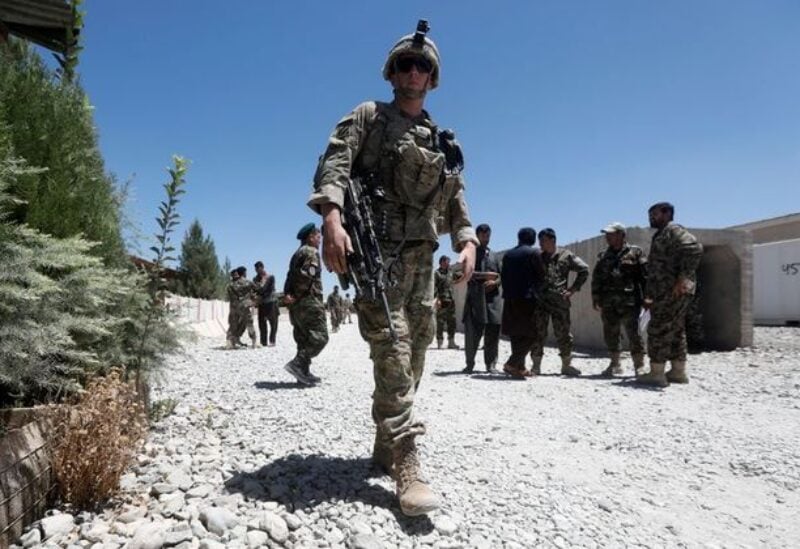 Spokesman for President Ashraf Ghani, said today “Responsible pullout has been our demand and that of all of our international allies.” Referring to a complete withdrawal of US-led foreign troops from the country but only after the Taliban “cut ties with terrorists” and announced a ceasefire.

“It means that all the threats have finished, the Taliban has cut ties with all terrorists, the violence has been halted and a ceasefire has been announced. This is responsible withdrawal,” he added.

Menapal’s remarks follow a surprise visit by US Defense Secretary Lloyd Austin to Afghanistan on Sunday, in which the Pentagon chief met with Ghani and pushed for a “responsible end” to Washington’s longest war in history.

Austin said that the level of violence must decrease for “fruitful” diplomacy to succeed.
Menapal agreed, adding that the world and Kabul “faced a joint threat” and needed “a joint assessment” because the Taliban — contrary to a controversial deal signed with Washington — “had not severed ties with terrorist groups, including Al Qaeda.”

“Our campaign is aimed at addressing this joint threat,” he told Arab News.

The developments come ahead of a May 1 deadline for the complete pullout of US-led foreign troops from Afghanistan based on a controversial accord signed between former US President Donald Trump’s administration and the Taliban more than a year ago.

Zabihullah Mujahid, a spokesman for the Taliban, reiterated that Washington needed to honor the deadline.

“They have signed an agreement with us, and the date there is clear,” Mujahid told Arab News by phone.

“We are not giving people any further extension. This issue is finalized, and it is very crucial that it be implemented. If someone wants to deliberate on it, it will not be acceptable for us. Our expectation is that they pull out the troops from Afghanistan based on the deal and that this war comes to an end,” he added.

Since assuming office, US President Joe Biden has pledged to review the deal and hinted at retaining the troops beyond the deadline so that Kabul and the Taliban could agree on the formation of an interim government before Washington ends its engagement in Afghanistan, which began with the Taliban’s ouster in late 2001.

Austin said Biden would decide on the date for the withdrawal of troops and that the aim of his trip to Afghanistan was to “listen and learn” for a review of the future of American forces.

His visit came weeks after the leak of a letter from US Secretary of State Antony Blinken to Ghani, which included an urgent proposal to help restart discussions between the Afghan government and the Taliban, which began in Doha, Qatar, in September last year but failed to make any headway.

Blinken’s letter also pressed upon the urgency for a new government in Afghanistan to break a stalemate in the Doha talks, which have been riddled with disputes.

The US secretary of state had been pushing for an UN-facilitated conference in Turkey next month, with international stakeholders, including proposals to arrange a discussion between the Taliban and Kabul to form a negotiated settlement and enforce a ceasefire.

Blinken’s letter was delivered by US Special Envoy for Afghanistan Zalmay Khalilzad, who shared the proposals with Ghani and other Afghan leaders, including the Taliban, and pressed upon the idea to form an interim government that would include the Taliban too.

Ghani, who began his second term for another five years in March of 2020, has repeatedly said that he would transfer power only after elections were held.

“The transfer of power after the election is a principal for us that will not be compromised,” he said in a recent speech, arguing that the formation of an interim government would “plunge the country into a chaos like the 1990s,” when the former communist regime collapsed after the departure of ex-Soviet troops.

Several key leaders in his government have spoken against Blinken’s letter and Khalilzad’s proposal as well.

Meanwhile, in comments to the media last week, Mohammed Masoom Stanekzai, Ghani’s top negotiator for the intra-Afghan talks with the Taliban, said that the president might attend the Turkey conference if elusive Taliban leader Mullah Hibatullah Akhund was participating too.

When contacted by Arab News on Monday, Menapal and Fatima Morchal, another spokeswoman for Ghani, refused to comment on whether the Afghan president had raised any such conditions.

However, Mujahid said Taliban leaders had yet to confirm their attendance for the Turkey meeting without adding more details, such as who would attend the talks if they went ahead with the plan.

Experts, for their part, said Biden is keen to pull out troops and that Austin had not spoken against the Taliban during his trip to Kabul.

“In Washington, President Biden is increasingly under pressure by the resurgence of the former President Donald Trump’s camp, who said they had ‘finished’ the endless Afghan war,” Torek Farhadi, an adviser for the former government, told Arab News.

He added that it was a matter of optics for Washington not to prolong the war in Afghanistan.

“If the Afghan war continues and there is even one US casualty, Biden would look bad. That is why Austin took pains not to say anything negative about the Taliban except that, in general terms, violence was high,” Farhadi said.

He added that Ghani would not want to go to Turkey because “once everyone sits down in the room, all participants including the Afghan elders on the trip coming from Kabul would look at him and ask him to resign to open the way for peace.

“He can’t live with this embarrassment and prefers to contest some aspects of the Turkey meeting from his office at the presidential palace in Kabul. One thing is clear, Ghani is largely forcing himself into diplomatic isolation by not going to Tukey,” Farhadi said.