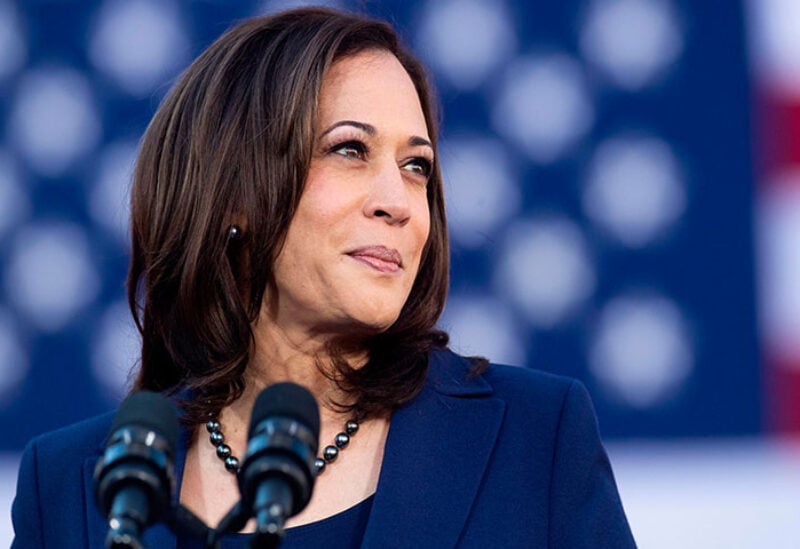 U.S. Vice President Kamala Harris met top leaders in Singapore on Monday on the first working day of her trip to Southeast Asia and struck partnerships to tackle cyber threats, supply disruptions and the COVID-19 pandemic – areas that have emerged as top priorities for President Joe Biden’s administration.

Harris met with Singapore’s Prime Minister Lee Hsien Loong and President Halimah Yacob during a trip aimed at bolstering ties with partners in the region as part of Washington’s efforts to counter China’s growing economic and security influence.

Details of the meeting were shared by senior U.S. administration officials and Harris is expected to hold a press conference with Lee later on Monday. She will also visit the Changi Naval Base and tour the USS Tulsa combat ship.

Singapore is not a U.S. treaty ally, but remains one of its strongest security partners in the region with deep trade ties. However, it also seeks to balance its relationships with the United States and China by not taking sides.

The country is home to the biggest port in Southeast Asia, and supports continued free navigation in the area, where China is growing increasingly assertive – a concern U.S. officials will address during Harris’s seven-day visit to the region, which also includes a trip to Vietnam.

The two countries remain committed to tackling “common security challenges” in the region, according to senior U.S. administration officials, who spoke ahead of the meeting. One of the officials said they are “not asking countries to choose” between the United States and China.

“We’re trying to develop these partnerships for all manner of positive reasons that are in our mutual interest … we have also said that even as we stand for clear principles like freedom of navigation in the South China Sea, we are also not seeking conflict,” the official said.

The disputed South China Sea, a strategic waterway with potential oil and gas riches, has competing claims by China, Vietnam, the Philippines, Taiwan, Malaysia and Brunei.

The United States and Singapore reached security agreements on Monday that reaffirm America’s presence in the region through “rotational deployments of U.S. P-8 aircraft and littoral combat ships to Singapore,” according to a factsheet of the meeting shared by the White House.

In a recent interview with Reuters, Singapore’s Foreign Minister Vivian Balakrishnan, welcomed the role the United States and China play in the region – reflecting the delicate diplomacy it has succeeded at and one Harris has to navigate.

“Leadership in the two countries are likely to be careful to avoid creating impressions that Beijing may find reason to be antagonistic about,” said Chong Ja Ian, a political scientist at the National University of Singapore, referring to Singapore and Vietnam, where Harris heads on Tuesday evening.

Part of Harris’s task during the trip will also be convincing leaders in Singapore and Vietnam that Washington’s commitment to Southeast Asia is firm and not a parallel to Afghanistan.

During Harris’ visit, the United States and Singapore also agreed to expand cybersecurity cooperation in the financial sector, the military and enhance information exchange on cyber threats, according to details shared by the White House.

Cybersecurity has risen to the top of the agenda for the Biden administration after a series of high-profile attacks that affected fuel and food supplies in parts of the United States.

Other initiatives include starting a U.S.-Singapore dialogue on building supply chains, with Harris holding more supply chain meetings in Singapore on Tuesday.

The Biden White House is tackling a severe supply shortage of semiconductor chips in the United States that has seriously hurt car manufacturers and contributed to inflation.

The countries also struck a partnership to fight COVID-19 and prepare for the next pandemic and agreed to tackle the global climate crisis, promote smart cities and green building standards throughout ASEAN.